CHAN Qualifiers: FUFA to pay Shs9m to each Cranes player 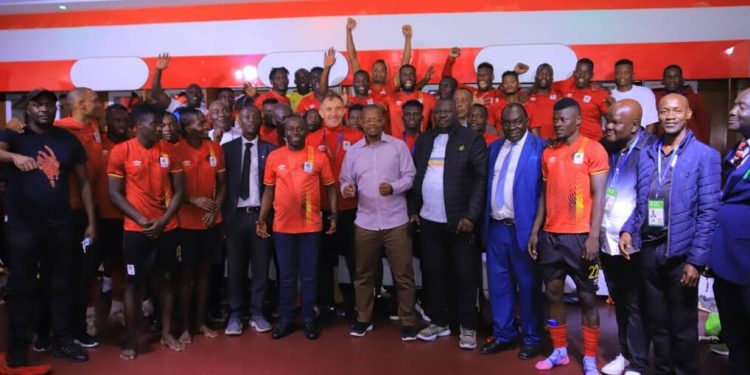 The Federation of Uganda Football Associations (FUFA) has announced that it will pay $2500 (about Shs9.6m) to each Uganda Cranes player for qualification to African Nations Championship, known as the CHAN 2022 finals.

FUFA President, Magogo Moses, made the announcement in the dressing room shortly after the team ejected Tanzania 4-0 on aggregate at St. Mary’s Stadium, Kitende.

“I am delighted that we have been able to secure qualification for CHAN. As FUFA, our target is to enter and qualify for every tournament. It is not easy to make sixth successive finals and the target is to perform better than the previous attempts,” he started.