U-Turn! NUP MP Kagabo denies receiving Shs40m “bribe,” claims he had pressure from his party to stage manage the money 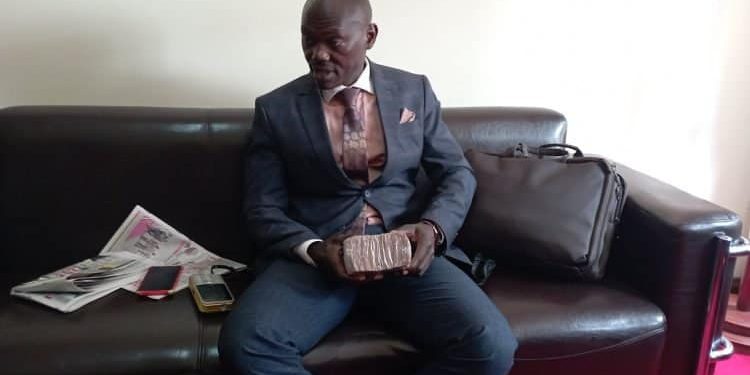 Parliament’s Rules Committee, chaired by Abdu Katuntu, has started investigating claims by Bukoto South Member of Parliament Dr. Twaha Kagabo, which are said to be tainting the image of the House.

While appearing before the Rules Committee of Parliament, Kagabo made a shocking U-Turn, saying he did not receive the Shs40 million “bribe.”

According to Kagabo, he had pressure from his voters and party (NUP) to stage manage the money.

On Tuesday, Kagabo apologized to Speaker Anita Among and the entire House for tarnishing the image of the legislative body by claiming that he received the Shs40 million from the Speaker for unknown service.

A month ago, Kagabo stormed parliament with a bag full of Shs40 million, claiming it was irregularly given to him by Speaker of Parliament Anita Among at her residence.

Where would I be without you? Bobi Wine pours heart out as he celebrates wife Barbie’s 39th birthday