Woman in viral video beating toddler begs court to forgive her, claims she conceived the child she punished out of rape 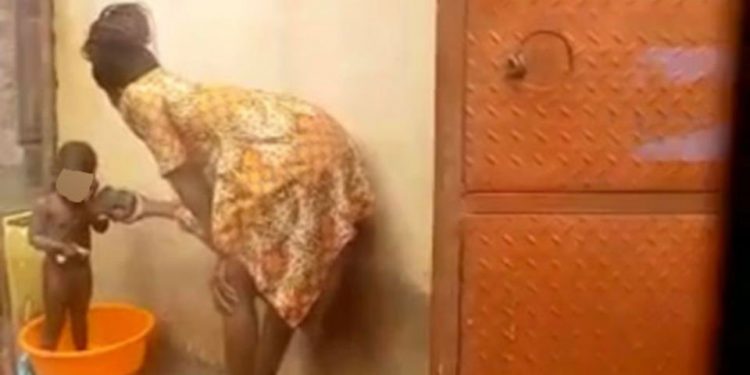 Dorothy Nabulime, the woman captured in a viral video beating her two-year-old child, Gift Lunkuse, has pleaded guilty to charges of assault and cruel, inhumane, and degrading treatment.

Nabulime, a resident of Busula A zone in Busula trading center in Luwero district was arrested after a video went viral on Saturday in which she is seen endlessly beating the minor with a sandal.

While appearing before the court, Nabulime asked for forgiveness, saying she did it out of anger. She further attributed her anger to a claim that she conceived the child she punished out of rape and doesn’t know its father to this day.

Nabulime, who has three relationships, asked the court to pardon her so she can go and look after her four-week-old baby whom she left home.

However, the court remanded her up to September 13.

Man dies after Park Enkadde mall gate falls on him

Man dies after Park Enkadde mall gate falls on him