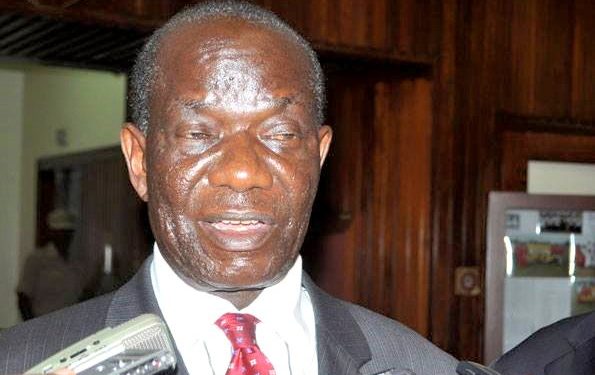 Letitia Nakimbugwe, a woman who identifies herself as former Vice President Edward Kiwanuka Ssekandi’s mistress, has threatened to take legal action against the veteran politician in a fight over multi-billion properties in Masaka and Kampala.

Nakimbugwe has contracted the services of Jude Mbabali & Company Advocates, who have issued a notice to sue Ssekandi for his attempts to throw her out of properties she claims they built together, with some completed as early as 2012.

Interestingly, Nakimbugwe hired the services of Mbabali, a former political opponent of Ssekandi, but this will be a legal, not a political fight. Ssekandi himself is a lawyer, so the stage is set for another fight between the two.

Known for his “Ssimala gogera” phrase, Ssekandi, who is accused of forcing Nakimbugwe from the properties they allegedly built together, is still mute on the matter that is now in the public domain.

Nakimbugwe claims that she met and fell in love with Ssekandi at the Agripa Hotel in Masaka, 25 years ago. She adds that their relationship resulted in the birth of two girls; Katrina Nsomera and Cynthia, aged 20 and 18 years, respectively.

She further claims that while they were together, they constructed a residential home at Nyanama, Busingiri zone, Mutumdwe Parish in Wakiso district, where they have been cohabiting for years.

They also allegedly agreed with Ssekandi to establish a business where they would get money to cater for their two daughters, hence deciding to construct commercial buildings in Masaka City at Plot 14 Edward Avenue and Plot 17 Alexander Drive. The duo also reportedly constructed a building on Plot 763, Block 257 in Munyonyo.

She claims that when the building on Plot 14 was completed, she was assigned to manage it by looking for potential tenants, and they agreed that the rent collected from the building should be used to pay school fees for their two daughters who are studying in the United Kingdom.

However, she was shocked to learn from tenants in January this year that they had been served with letters from M/S Ssekandi and Company Advocates informing them of the changes in the management of the building and were directed to sign new tenancy agreements with the new management without her knowledge as a partner.

She notes that in the same month, Ssekandi appointed his daughter Victoria Ssekandi to manage all his properties, including their residential home in Nyanama, and the daughter (Victoria Ssekandi) has already started demanding her rent fees.

She claims the daughter also hired court bailiffs to evict her from her shop on the building at Plot 14 Edward Avenue under the guise of failing to pay rent for six months, which has now accumulated to Shs3m.

It’s after these developments that Nakimbugwe served Ssekandi with an intention to sue notice.

“We pray that you take notice that the above-mentioned properties are jointly owned by you and our client by virtue of the operation of the Doctrine of Proprietary Estoppel and Partnership, and the purpose hereof is to pray that within two days from the date hereof you sit with our client to have this issue settled, failure of which we have instructions to drag you to court to seek a declaration that you and our client are tenants in common of the above-mentioned properties and therefore have equal shares, damages for the losses suffered and costs of the suit,” reads the notice in part.