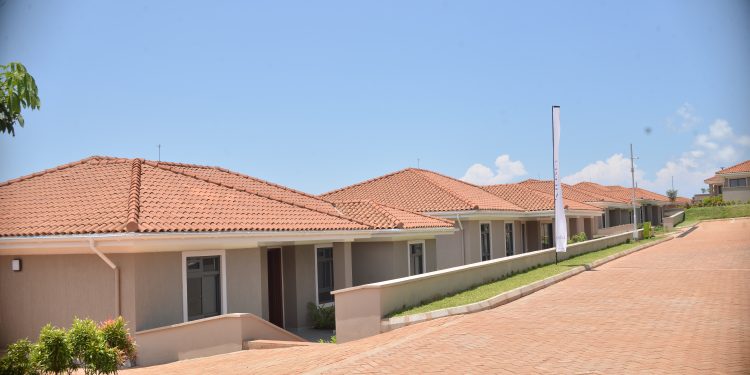 The project is a self-sustaining satellite city with mixed-use housing and commercial developments that, when completed, will be the largest housing project in East Africa, comprising 2,750 residences, that is, apartments, townhouses, bungalows, and villas that will offer world-class facilities to live, work, shop, stay, and play.

Construction of Phases 1 & 2, comprising an initial 306 housing units and project infrastructure, commenced in December 2017 and are ready for sale.

According to the NSSF’s Managing Director, Richard Byarugaba, the entire project, situated on approximately 600 acres of the Fund’s owned land in Lubowa, will be fully completed in ten years.

When completed, it will be the largest project in East Africa, comprising 2,750 residences, including apartments, townhouses, bungalows, and villas.  It will also comprise associated amenities, commercial retail space, office space, a school, a hospital, leisure and commercial centres, police and fire stations, places of worship, green buffer zones, and a series of four parks along the riverine system, among others,” Byarugaba said.

Meanwhile, after the launch, Lilian Mbabazi – one of the members of the legendary girl group, Blu 3 – sent guests down memory lane with performances from the group’s heydays.

Performing live with her band – the Sundowners—Lilian performed Kankyakye, Nsanyuka Naawe, and Where You Are, songs that most of the attendees had not heard in a while since the group broke up over 10 years ago.

A few weeks ago, Lilian posted on her Twitter account, “Are ya’ll ready for a BLU3 Reunion?”, which received positive responses from her followers.

Besides her performances of the Blu 3 hits, Lilian and the Sundowners serenaded the guests with performances of Kuuma Obudde, Yegwe Weka, Ndabivuze, Danger and Goodlyf’s Remember Me and Nakudata.

These had the guests—some of Kampala’s most affluent personalities—thoroughly entertained.