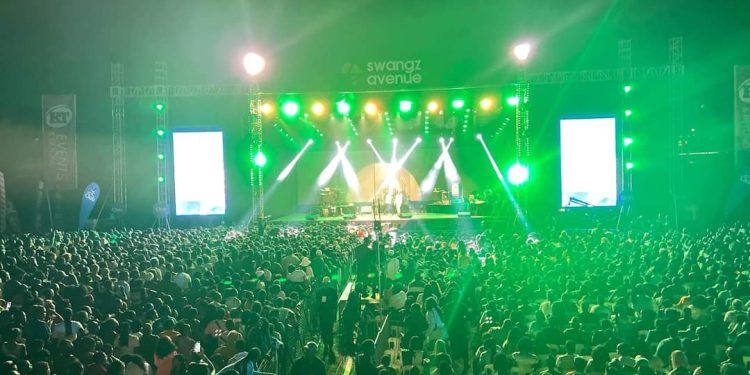 According to media reports in the UK, a state funeral will take place at Westminster Abbey in ten days’ time, which will see the nation observe a two-minute silence before the queen is buried at Windsor Castle.

Phil Anthony and Princess Komuntale got married in May 2021.

Socialite Charles Olim alias Sipapa, his wife Nakiyimba Shamirah and their co-accused have been produced at Makindye Chief Magistrate Court and charged with aggravated robbery of Shs1.6 billion at the home of a South Sudanese national in Bunga.

The Grade One Magistrate, Patience Tukundane, remanded the group to Luzira Upper Prison till September 19 for six offences of aggravated robbery.

Sipapa was arrested this week on Wednesday. According to police, the robbery occurred at the home of Jacob Arok, a South Sudanese national, of Kawuku zone, in Bunga, on the night of August 28th and 29th.

The crowds were in the queue at Lugogo as early as 5 pm. By 8 pm, the venue was massively packed as they waited for the Fire Baby.

Nwagi stepped on stage at exactly 9 pm. The crowds cheered all through her performance.