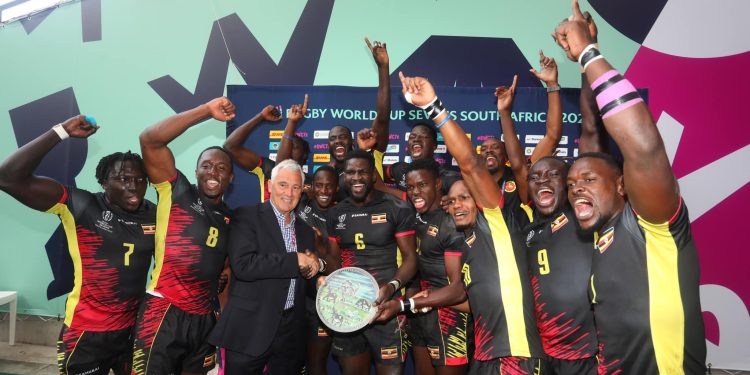 Uganda Rugby Sevens team finished the World Cup Sevens in Cape Town on a high after beating the highly-rated German team in the Bowl final this morning.

The Ugandan team, which captured the hearts of local fans due to their passion, beat Germany 19-12, thanks to Philip Wokorach. He scored the opening try and was followed onto the scoreboard by Ian Munyani before Michael Wokorach wrapped it up.

At full time the team and the traveling fans were full of celebrations.