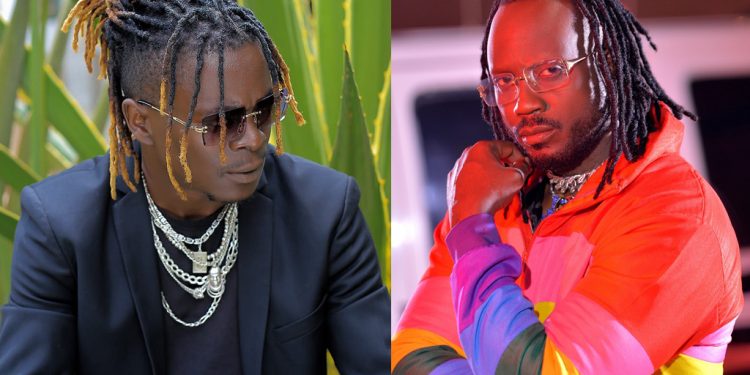 The All Africa Music Awards (AFRIMA) released the official list of nominees for the 2022 edition, which saw eight Ugandan artistes make it.

King Saha and Eddy Kenzo have been nominated in the Best Male artiste category in East Africa. Saha is in the category for his ‘Zakayo’ song, while ‘Sango’ is the song that got Kenzo nominated.

The Ugandan duo will battle it out with 12 other African male stars, including Diamond Platinumz, who appeared on the list because of Mtasubiri, his collaboration with Zuchu, among others.

Spice Diana is the only Ugandan female singer who has been nominated. She is in the Best Female Artiste in East Africa category, for her song collaboration ‘Tujooge’ with DJ Seven.

Spice is headed for a showdown against Tanzania’s Zuchu, Nikita Kering, and Kenya’s Tanasha Donna, among others.

The Star Gal is also nominated for Best Artist, Duo, or Group in African Dance or Choreography for her ‘Tujooge’ song.

Bebe Cool, Sheilah Gashumba, Dj Lito, Slick Stuart, and Dj Roja have been nominated for Best Artist, Duo, or Group in African Reggae, Ragga, and Dancehall for their collabo song Tick Talk. The song they are all featured in, and they are competing with the likes of Fave, Ruger, and KiDi in this group.

Meanwhile, South African Maverick Costa Titch is leading with the most nominations, having received six, and Congolese Maestro Dadju is also leading with six. Burna Boy, Kiss Daniel, FireBoy, and Tiwa Savage have all been nominated.

According to AFRIMA, the 2022 Awards will be held from December 8–11, and the host country and location will be announced on September 28.

NUP coordinator Bigirwa cuts his Shs95m wedding budget, says his fellow comrades in the struggle have refused to contribute

Woman caught on camera shoplifting from downtown arcade, police say she is a serial shoplifter

Woman caught on camera shoplifting from downtown arcade, police say she is a serial shoplifter