Inside the St George’s Chapel where Queen Elizabeth will be buried alongside her parents, sister, and husband 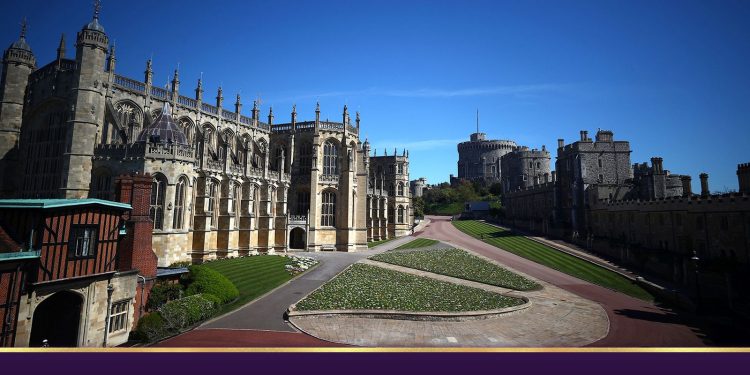 Queen Elizabeth II, who died last week at the age of 96, is set to be buried at St. George’s Chapel on the grounds of Windsor Castle.

A funeral service for the monarch, who reigned for 70 years on the British throne, is ongoing at Westminster Abbey, the same place where she was crowned queen in 1953.

Later in the evening, the Queen will be buried alongside her parents, King George VI and Queen Elizabeth, and her sister, Princess Margaret in Windsor Castle.

St. George’s Chapel has a long history for the royal family, its construction first began in 1475 under King Edward IV’s reign and was completed in 1528 under King Henry VIII. It is more than 500 years old but was rebuilt in 1842.

The chapel harbors King Edward III’s sword. His sword was among the items rescued from the chapel during the Roundhead occupation of the English Civil War in the 1600s when the chapel was badly damaged.

It is not just a burial site but it is a designated place of worship for the royal family, as well as a church that serves the local community.

Also, Prince Philip’s funeral was held there in 2021, and Prince Harry and Meghan Markle were married there in 2018.

The Queen’s late husband Prince Philip, who was buried in the Royal Vault after his death, is expected to be moved to the chapel to lie next to the Queen.

The chapel will be open to the public for several days each week and anyone wishing to pay their respects to the Queen will be able to once her burial is concluded.