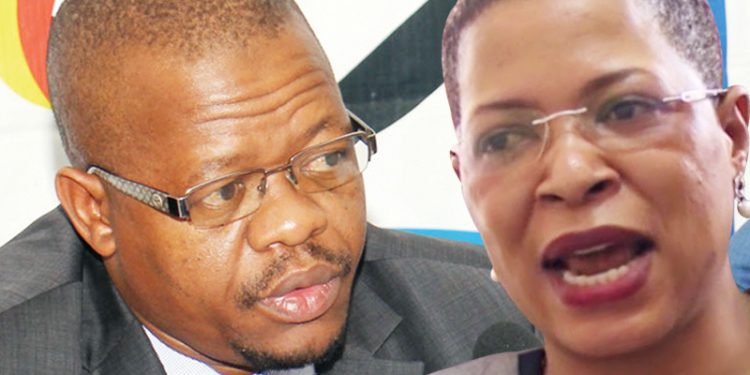 The Uganda Registration Services Bureau (URSB) has said that the marriage of Speaker Anita Among and FUFA boss Moses Magogo is valid.

Earlier last month, Magogo and Speaker Among secretly tied the knot. Days later, photos of their ceremony made the rounds on social media.

The newlywed couple went ahead to officially register their marriage.

However, according to a letter dated August 16 from Makindye Division Urban Council addressed to the Registrar of Marriages in the Uganda Registration Services Bureau (URSB), the marriage was called off and deleted from the Division Customary Marriage Registrar.

“Please refer to my letter reference number MKD/KCCA/1308/06 dated August 15th, 2022 on the registration of the customary marriage of Magogo Moses Hashim and Among Anita Annet. I have discovered glaring omissions and errors occasioned to me as a consequence of duress while processing this matter,” read the letter in part.

In a statement issued by URSB last evening, it said that the Town Clerk has no power to cancel the marriage.

“The role of the Town Clerk in customary marriage registration is to register and transmit a return to the Registrar of Marriages at Uganda Registration Services Bureau.

Neither, the Town clerk nor Registrar of Marriages have the authority to invalidate a marriage. Therefore, the letter from the Town Clerk cannot invalidate the marriage between Magogo Moses Hassim and Among Anita Annet. The public is put on notice to ignore the misleading circulating stories about the validity of the said marriage,” reads the statement in part.

It adds, “Upon completion of the registration at the Sub County Chief or Town Clerk’s office, the Marriage return is filed with Uganda Registration Services Bureau (Registrar of Marriages) to be entered on the National Marriage Register maintained by URSB.”

The statement further explains that a customary marriage is one of the five types of legal marriages in Uganda.

“A customary marriage is celebrated according to the rites of an African Community and one of the parties to the marriage must be a member of that community.

With the above statement, the marriage between Magogo and Speaker Among seems to be safe.