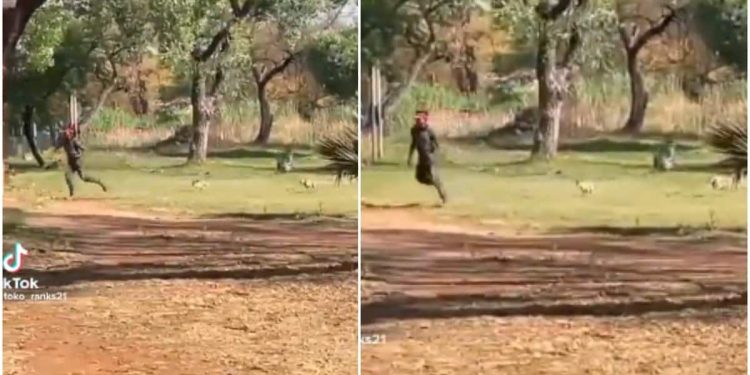 A video clip of a man being chased by two puppies has gone viral and everyone is talking about it.

In the video, a man is running very fast to save his life from the seemingly aggressive two puppies. However, in the background, women’s voices can be heard shouting at him by his name and begging him not to run away.

Though the video has been made viral by Kenyans, reports indicate that it was recorded from a South African homestead. The reports further explain that the actual name is Molefe which is pronounced as Murife.

The clip has since been widely shared on social media, with people creating other funny clips of people running away from “trouble”. The memes are hilarious because Murife’s situation has happened to many in real life, hence making it replicable.

Below are some of the hilarious memes.

Why opposition is divided on EALA election