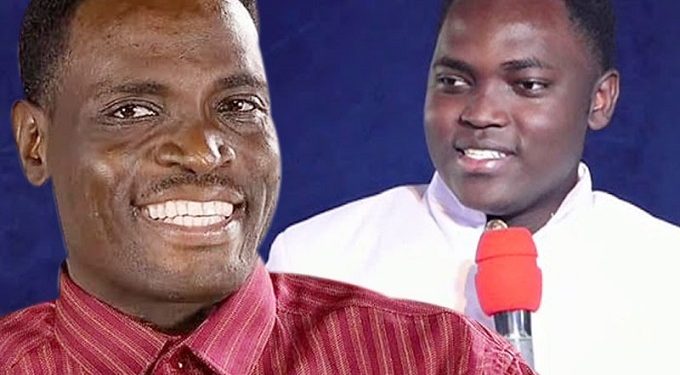 Pastor Andrew Jengo, a son of the late Pastor Augustine Yiga of the Revival Church in Kawaala, has been missing at Revival Church for over two weeks, according to his followers.

Speaking in an interview on local television, one of Pastor Jengo’s followers and assistant pastor Phillp Mukisa disclosed that churchgoers are confused and worried after spending two weeks without seeing their pastor.

“I am called Phillip Mukisa and I am under Pastor Jengo at Revival Church in Kawala. I am here to inform you that we have not seen Pastor Jengo for two weeks, his phones are off, he didn’t say goodbye to us, and we don’t know where he is so we are worried,” said Phillip Mukisa.

Mukisa added that they have tried to look for him everywhere they expected him to be but he is nowhere to be seen which is why they have decided to come to the media.

Pastor Andrew Jengo became the lead pastor at Revival Church in Kawala following the death of his father pastor Yiga in 2020.

Meanwhile, ABS TV, a station under Revival Church has been in contention since Yiga died.

In July this year, Kojja Kimbowa sued pastor Jengo and ABS TV management and demanded Shs621 million and he injected in the station for the time he acted as the shadow CEO. He further demanded that they return his three cars, a Subaru, Mercedez Benz, and Toureg.