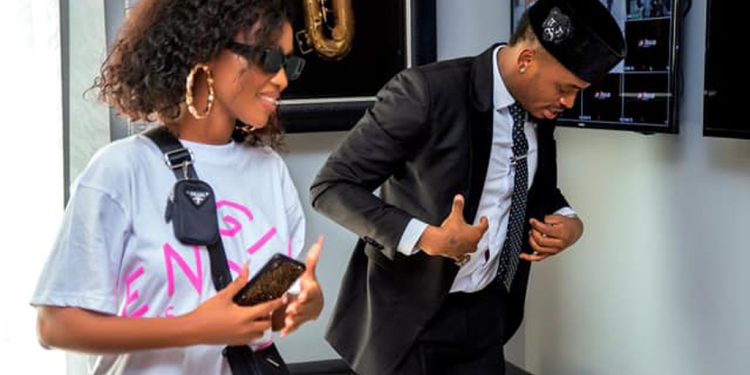 Over the weekend, singer Spice Diana shared her own WhatsApp exchange with Tanzanian singer Diamond Platnumz.

According to the screenshots, Spice and Diamond exchange steamy texts, and the Tanzanian star calls her Spicy Dangote.

Spice Diana posted the screenshots and captioned them with a birthday message.

“A real king in and out. You are an amazing superstar, a big icon, and a big inspiration. so humble and welcoming. Happy birthday king Dee @diamondplatnumz from Spicy Dangote 🙈 🎂🥳 Kati kamusale omugambo 😂,” Spice captioned the screenshots.

The screenshots have attracted speculation that the two singers might have something brewing.

Diamond Platnumz is known to have a thing for brown sexy women, and our own Spice Diana perfectly fits his tastes and preferences.

It should be noted that Diamond has children with three different women from Uganda, Tanzania, and Kenya.