PHOTOS: Meet the stylish army chief of the Democratic Republic of Congo 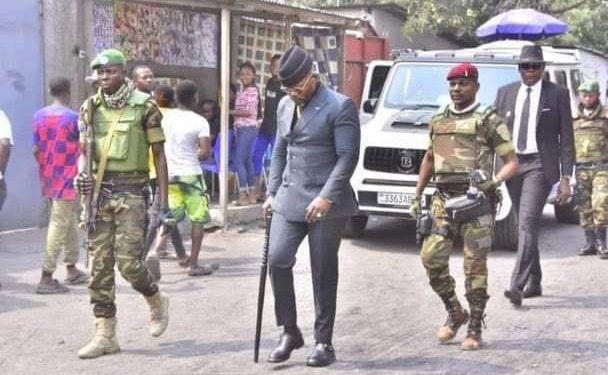 Many social media users have been drawn to the photos of Gen. John Tshibangu, the stylish commander of the DRC army.

The army chief is the talk of social media.

Last week, John Tshibangu, 52, was promoted to the rank of brigadier-general and appointed commander of the 21st military region.

The army chief’s fashionable lifestyle has drawn mixed reviews, with some people questioning whether he actually fulfills his duties as army commander or just enjoys himself.

He had a brief stint in the rebellion in the early 2000s. But he re-joined the Congolese army in 2003 and was promoted to chief of staff of the 4th military region in Kananga, in the centre of the DRC.

In August 2012, then-colonel, Tshibangu defected from the ranks of the FARDC and claimed Etienne Tshisekedi had been rigged out of the polls.

He created the APCCD (Armée du peuple congolais pour le changement et la démocratie), a rebel group. He was hunted down for several weeks by elements of the FARDC ‘special forces’ without success.

The military court prosecuted him for undermining state security, participation in an insurrectional movement, rebellion, and desertion.

After several years, he was finally arrested in Tanzania at the end of 2018, after he had threatened to overthrow President Joseph Kabila. He appeared in a video, dressed in military fatigues and surrounded by some soldiers.

He was extradited to Kinshasa from Tanzania, where he was detained before being freed briefly. President Félix Tshisekedi would pardon him shortly after coming to power.