EBOLA: 13 health workers arrested from a bar in Mubende 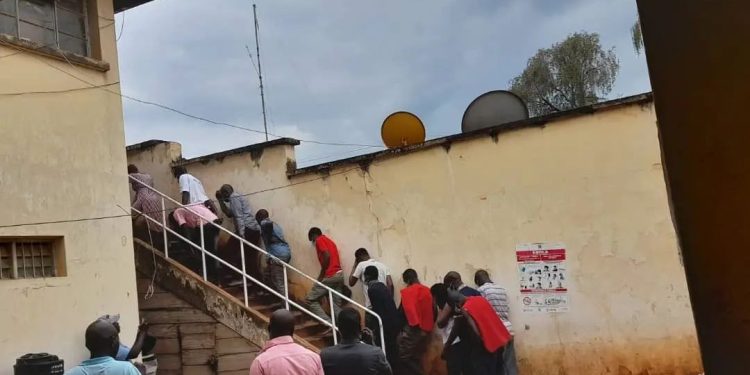 Police in Mubende has arrested 31 people for flouting guidelines against the spread of Ebola.

Rachael Kawala, the spokesperson for the Wamala Region Police, said that 13 of the suspects who were detained are allegedly Red Cross-affiliated health workers.

“These were arrested at Homeland Bar at 11:00 pm, contrary to the guidelines against the fight of Ebola,” Kawala said in a statement on Sunday.

She continued by saying that the suspects are facing charges of acting in a way that could spread the disease.

“These will be produced to court as soon as their file is ready. Our operations will continue to enforce,” she said.

Following an increase in Ebola cases, President Yoweri Museveni imposed a 21-day lockdown on the Mubende and Kassanda districts two weeks ago.