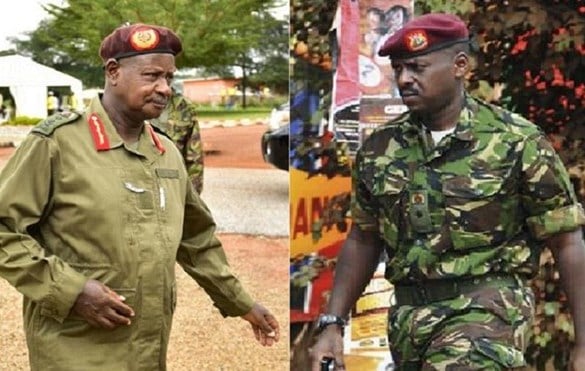 Muhoozi, the presidential advisor on special operations to his father, said:

“The people who are in charge of my father’s social media accounts should be fired! This kind of information is classified!”

His remark was made in response to information shared on Museveni’s official Twitter account about the UPDF’s destruction of Alliance for Democratic Forces (ADF) camps in DR Congo.

“Ugandans and fellow East Africans. This is to inform you that on Friday 4/11/2022, with the permission of the DRC Government, the Uganda Airforce, attacked and destroyed a big terrorist camp of ADF,” read Museveni’s tweet in part.

Muhoozi was elevated to full general, the highest rank in the Ugandan army, last month after losing his position as commander of the land forces.

At the same time, reports from a few weeks ago claimed that Museveni had instructed Muhoozi to refrain from making political statements on social media.

Muhoozi, however, publicly declared that he cannot be forced to stop using social media.