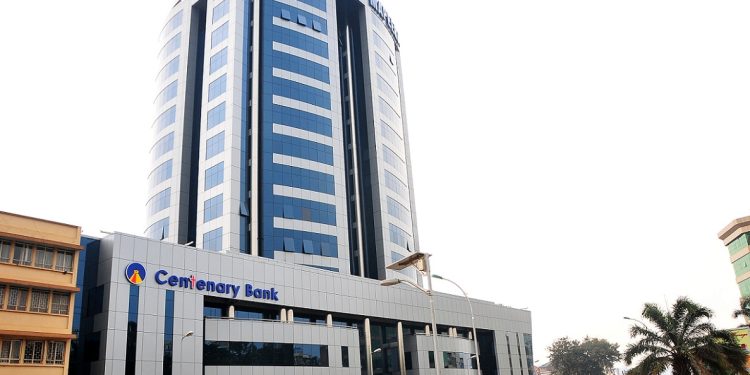 Mapeera House, the Centenary Bank Headquarters. The bank started from the bottom in 1983 as a Credit Trust of the Uganda National Lay Apostolate, transforming into a full-service commercial bank in 1993, and by 2018 had risen to become, Uganda’s second largest bank by deposits, lending, assets and profitability.

Ran by the UK-based Global Banking & Finance Review, one of the leading banking and finance industry online and print magazines, the Global Banking and Finance Awards recognise and celebrate financial institutions that are innovatively embracing the changes in the financial world to fuel their own and their customers’ growth.

The bank was recognised for its innovative leadership and use of technology to enhance especially financial inclusion. The Bank, which is the second largest by deposits, lending, assets and profitability is as well the No.1 bank in mobile and agent banking.

Started in 1983 as a credit trust of the Uganda National Lay Apostolate, transforming into a full-service commercial bank in 1993, the bank has, thanks to its innovative approaches and deliberate financial inclusion efforts, had by 2010, grown to become the 5th largest bank, overtaking several other older banks in the process.

In the 12 years from 2010, under the leadership of Fabian Kasi, the bank continued to embrace digital banking-led innovations and by 2018 had overtaken dfcu Bank, Absa Bank and Standard Chartered Bank to become Uganda’s second largest bank with Shs2.282 trillion in deposits, Shs1.529 trillion in lending and Shs3.170 trillion in assets. Net profit- reached Shs107.6 billion.

As a result, the balance sheet size grew, to touch a record high of Shs4.8 trillion.

Majority-owned by 19 Uganda Catholic dioceses and the Uganda Episcopal Conference, who, combined own 73.1% shareholding, the bank is the only majority indigenously owned bank in the top 5 banks, which control 60% industry market share.

Having made significant market share strides, the bank is now focusing on becoming an efficient and SMART bank by 2026, with a series of technology-led products and solutions, that drive “customer centricity, efficiency, process automation, sustainability, learning and growth” according to the bank’s Managing Director, Fabian Kasi.

“We would like to be a bank that continuously delivers value to our customers and all stakeholders while leveraging on technology, people and good relationships,” Fabian told online magazine, CEO East Africa Magazine, in a recent interview.

Pursuant to the above strategy, the bank, in 2021 opened three new branches in  Gayaza, Kabwohe and Kihihi closing the year with 80 branches and 191 ATMs.

The bank has also revamped its CenteMobile, and its mobile banking proposition, adding to it the CenteOnTheGo function, a self-service solution which enables customers to open savings accounts for themselves anywhere through a less tedious process with minimum requirements.

According to Fabian, Centenary Bank is the leading bank in mobile banking with at least 41.6% of industry connections and at least 25% of all transactions.

CenteMobile is also supported by a robust nationwide agency banking platform with over 5,500 agents around the country.  The bank is also a leader in agency banking with 42.3% of industry agencies and controlling a third of all industry agent banking transactions.

Centenary Bank has previously won many other industry and peer accolades such as Best Banking Innovation Excellence for the CenteOntheGo Service; Best Community / MFI Banking Innovation Excellence and Silver Award as the Digital Brand of the Year in the Digital Impact Awards Africa. Brand Africa recently recognized the bank with two awards, namely: The Most Admired Ugandan Financial Services Brand and One of the Most Helpful Brands during the Covid-19 pandemic. During the Financial Reporting Awards 2021, the bank emerged Winner, Banking Services and scooped a Bronze Award for Excellence in Integrated Reporting as well. The bank also got a Certificate of recognition for outstanding achievement in Sustainability Reporting and a Certificate of recognition for outstanding achievement in Corporate Governance Reporting.