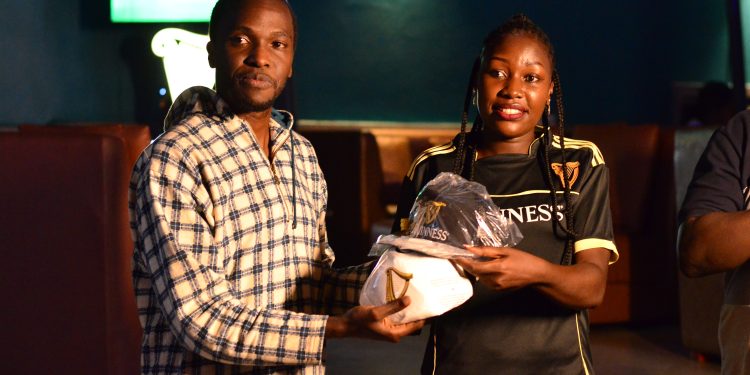 On Saturday night, fans of the Premiership Fantasy League were treated to an exclusive Watch Party at Gabz Lounge in Bugolobi.

The Watch Party, which kicked off at around 4pm, was host to a number of soccer fans who flocked the Bugolobi based bar for an evening of action packed football over a chilled Guinness.

Predictions off the football matches were the order of the evening as many of the football diehards got an opportunity to win themselves Guinness merchandise that included caps, balls and of course some bottles of the dark liquid.

Speaking about the Watch Party, Guinness Uganda Brand Manager, Elizabeth Mutamuliza emphasised the brand’s position on football and its commitment to giving its consumers premium experiences in the spaces in which they enjoy.

“The Watch Party in conjunction with Addmaya is your guide to Uganda’s Fantasy Premier League community. We want to give our consumers a sense of community, belonging and give them a space where they cannot only enjoy the game that they love, but also interact with like minds and have fun while at it,” said Mutamuliza.

Guinness set the stage and the mood for a happy ending. It was a win-win situation even with the draws and losses that ensued because immediately the games ended, the party started mood was elevated.

This was a first of many Fantasy League Watch Parties that Guinness promises to hold throughout the soccer season.