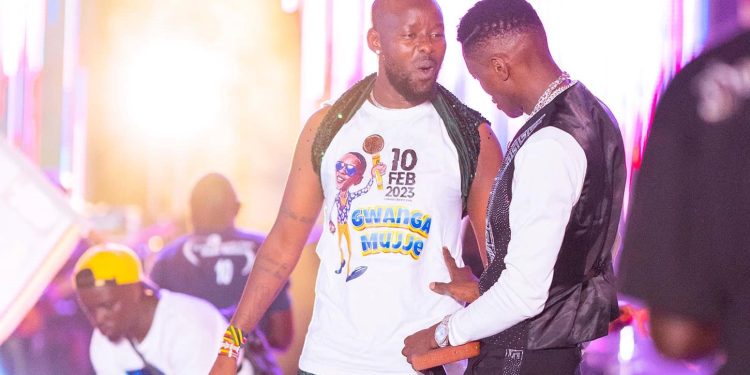 The singer of “Sitya Loss” is successful, in Chameleone’s opinion, because he values his profession.

“What I appreciate most about Eddy Kenzo. The thing is, Eddy Kenzo respects his job. What has made Eddy Kenzo, Eddy Kenzo is the respect he has for his job.

“As you’ve seen with me sometimes, things become volatile, we are people. But Eddy Kenzo respects his job. I call upon fellow musicians to do self-introspection and develop some discipline,” said Chameleone.

Additionally, Chameleone responded to Ugandans who frequently questioned whether Kenzo had attained the same status as him, Bobi Wine, and Bebe Cool.

“Why not? Uganda has shown him support. You don’t even need to ask me that. The number of revellers here is enough evidence,” he said.

Kenzo is the first musician from Uganda to host a music festival on his own.

Eddy Kenzo claims that individuals are being paid to kill him