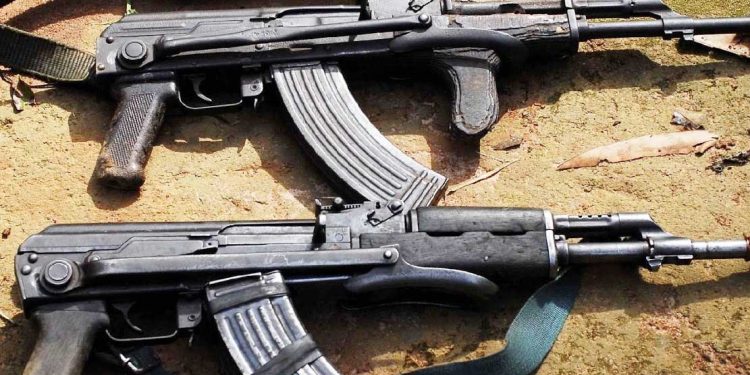 A UPDF Sergeant guarding the Gaddafi Barracks entry checkpoint in Jinja was killed by unidentified gunmen.

According to reports, the shooting took place on Thursday at around 9pm, and robbed two guns, including that of his colleague, who had gone to the nearby shops.

The alleged attack was against a UPDF officer, Sgt. Eyamu Simon Peter, aged 45, who was manning the entry checkpoint at Gaddafi Barracks, was killed, and two guns were robbed. The cowardly attack is being investigated,” the police said in a short statement.

“They attacked the guard, stabbed him in the right chest, and also shot him thrice, killing him instantly,” it added.

The body of the deceased has been transferred to Jinja Regional Referral hospital for further post-mortem analysis.

In just three weeks, there have been three attacks on security-related facilities. Armed thugs attacked a police station in Busiika on October 31; they killed two officers and injured two more. They also robbed two guns.

On Monday, armed men opened fire on a police station in Kyanja; nobody was hurt, and no weapons were taken.