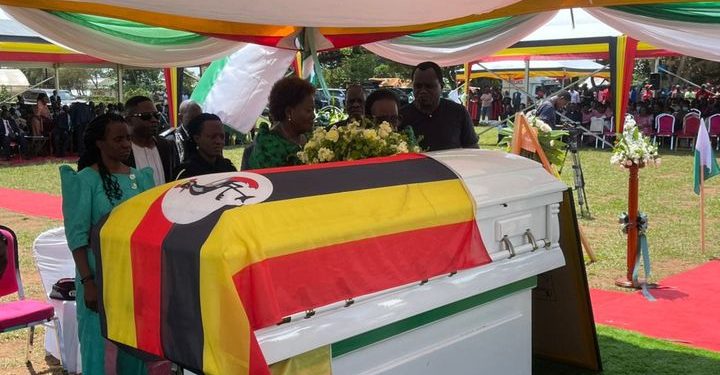 Prof. Germina Namatovu Ssemogerere, the late Dr. Paul Kawanga Ssemogerere’s widow, has requested that the state refrain from firing a gun salute during her husband’s burial. The government was set to accord Ssemogerere a 3-gun salute.

While speaking to the mourners who had gathered at Nattale village, Nkumba in Busiro, the widow said that her late husband never wanted to be associated with guns while he was alive.

The veteran politician served as the Democratic Party’s leader for 25 years and was a major figure in Ugandan politics up until his retirement in 2005.

At the age of 90, he passed away last week. According to reports, he died from a stomach infection.

His family refused the government’s request for a state funeral. He will be laid to rest this afternoon.