Who is the Qatari YouTuber Ghanim Al Muftah, the young performer who stole the spotlight alongside Morgan Freeman at the World Cup opening ceremony? 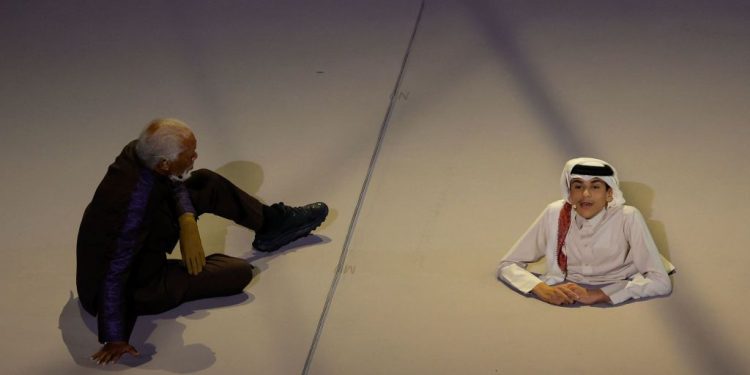 The opening ceremony for the Qatar 2022 FIFA World Cup took place on Sunday.

Of course, the performances were incredible, and renowned Hollywood actor Morgan Freeman performed alongside YouTuber Ghanim al Muftah from Qatar.

The highlight of the opening ceremony was Al Muftah, a twin brother who was born with the uncommon condition Caudal Regression Syndrome.

Ghanim Al Muftah was born on May 5, 2002. He is 20 years old. The syndrome he was born with, is caudal regression syndrome, a condition that impairs the development of a person’s lower spine.

Doctors had initially given Muftah 15 years to live, but he rose to the challenge.

Ghanim receives expert surgical care in Europe. He is Qatar’s youngest entrepreneur, and has founded Gharissa Ice Cream, a company that has six branches and employs nearly 60 people.

Despite his disability, Ghanim Al Muftah is an excellent swimmer. He also partakes in scuba diving, hiking, and skateboarding.

Al Muftah used to play football while at school wearing shoes on his hands. To his credit, Ghanim Al Muftah has climbed Jebel Shams, the highest mountain peak in the entire Gulf region.

He has also expressed his desire to climb Mount Everest, the highest mountain peak in the world.

Al Muftah has over one million followers on Instagram. He has also publicly expressed his goal of becoming the Prime Minister of Qatar.