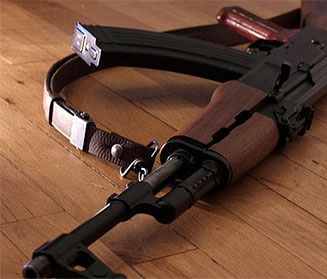 At around 7:30 p.m. in Magere cell, Kasangati, the guard was attacked and cut while making his way to his deployment point.

“Our team responded and took him to Mulago hospital for treatment while the search for the gun has commenced,” said the police in a statement.

In just three weeks, there have been three attacks on security officers. Armed thugs attacked a police station in Busiika on October 31; they killed two officers and injured two more. They also robbed two guns.

Last Monday, armed men opened fire on a police station in Kyanja; nobody was hurt, and no weapons were taken.