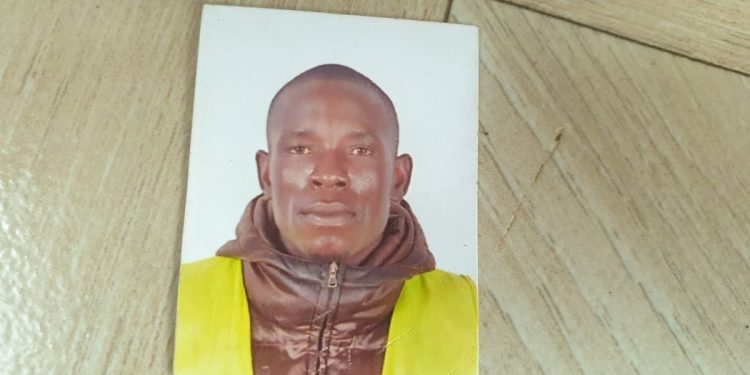 Police at Kawempe are investigating a murder by shooting that happened this morning at about 9 am at Kawanda Senior Secondary School in Nakisangye Zone, Nabweru Division in Wakiso.

The victim has been identified as Waligo Ronald, 38 a resident of Kirinya Bigo Kawanda in Wakiso who was allegedly shot by a suspected UPDF driver identified as Ssali Abdul.

It is alleged that the duo got into a misunderstanding when Ssali was driving a UPDF vehicle leaving the school premises after picking up one of the students in senior three.

Luke Owoyesigyire, the Kampala Metropolitan deputy spokesperson said that their preliminary investigations indicate that Ssali was leaving the school when he met a number of motorcycles and cars at the gate.

“The road being narrow, this prompted him to squeeze on the side where the deceased had parked.

This caused an altercation after Waligo complained to the driver of being squeezed which attracted a big group of riders that also condemned his action,” said Owoyesigyire.

It is at this point that the driver entered his vehicle, picked up an AK47 rifle, and shot at the victim.

“The deceased was shot on the left shoulder and the bullet came out from the right shoulder something that killed him instantly.

We also recovered a motorcycle Bajaj Boxer UEG 721c that belongs to the deceased at the scene of crime,” he said.

He revealed that the police has been able to identify the vehicle with the help of CCTV cameras.

“The number plate of the said vehicle has been identified by the police as H4DF 1939,” he said.

Owoyesigyire explained that the police at Kampala Metropolitan will liaise with the UPDF to help identify the driver for statement recording and prosecution.