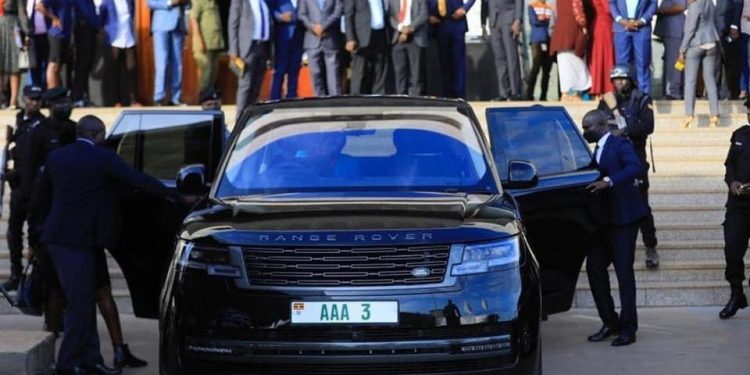 The FUFA boss Moses Magogo, is said to have returned the favour by giving his wife Speaker Anita Annet Among a brand-new Range Rover.

Speaker Among raised the bar for birthday presents in November of this year when she gifted her husband with a brand-new Range Rover Vogue.

However, when Anita Among’s birthday arrived and Magogo merely offered a birthday cake for the former to celebrate, internet users’ tongues started to wag.

It’s never too late to pay it forward, though. In the photos making rounds on social media, members of parliament can be seen inspecting the car at the August House’s parking lot.

The speaker’s initials, AAA3, are added to the car as a personal touch.