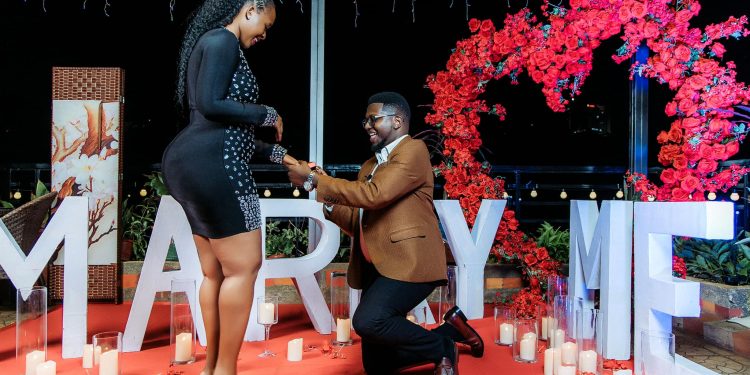 Through his known social media platforms, the youthful MP captioned photos of the proposal with a beautiful message to his girlfriend.

A lot of NUP comrades have been legalizing their relationships over the past few months. These include; Alex Waiswa Mufumbiro, Moses Bigirwa, Nubia Li, and Joel Ssenyonyi, among others.

As a result, their opponents have criticized them, saying that they are now using the money from donors and supporters to support their own lifestyles.

But Bobi Wine has consistently urged his allies to legalize their relationships because it earns them the trust of the population.