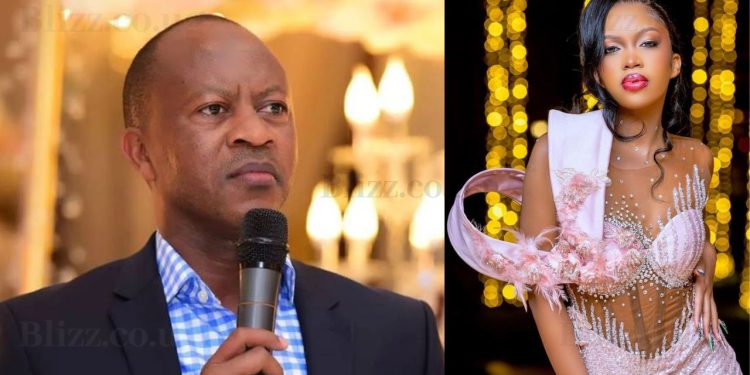 The conversation on the leaked audio recording was between Frank Gashumba and Dianah, a member of his family.

Frank Gashumba accused the daughter of disrespect and indiscipline in an audio clip that went viral on social media last night.

Frank Gashumba appears in the audio to be utterly disappointed in Sheilah for a number of reasons.

“If you can’t respect your father, then you cannot give respect to superiors or your husband.” I have sacrificed my entire life for Sheilah to be where she is. I’m disappointed that she can’t even honour our appointments. You agree to meet at 2 pm, but she then turns up at 7 pm,” said Gashumba.

He issued additional warnings regarding the daughter’s extravagant lifestyle and the type of guy she was dating at the time.

“One fact is that I never, ever talk about my family or my relationships. I don’t need to explain myself because I know who I am. This is the first and last comment I’m giving about this audio going around. Goodnight, perfect parents and children.”

The audio recording that was leaked has drawn a lot of attention on social media. However, since some “celebrity parents” can undoubtedly relate to the situation, we have chosen to concentrate on what they have to say.

Comedian Patrick Salvado, who is a father of three tweeted,

NBS TV’s new anchor and a proud father of three daughters, Samson Kasumba, urged the public not to make fun of the situation.

“I urge us all to demonstrate empathy. There is nothing funny at the moment. It is Christian to feel the pain of another 💔 and to share in it. This will move from one house to the next. Philly Bongoley Lutaaya musically said that: ‘Today it’s me tomorrow someone else’…” he said.

Meanwhile, Frank Gashumba has consistently sided with Sheilah and opposed anyone who opposes his daughter.

Did you know that East Africa is home to the top 3 most followed African musicians on YouTube? Here are the Top 11