INTERVIEW: “In a blood oath, we vowed never to abandon each other,” Onesmus Twesigye, a third-year MUK student who promised his girlfriend to be “submissive” reveals the “truth” behind the viral video 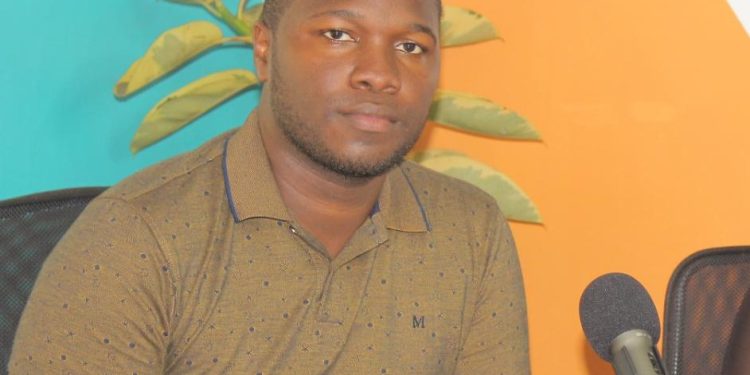 A 2023 starter pack was provided to Ugandans on social media by a video of a male Makerere University student bowing before his girlfriend.

The male student is heard in the trending video pleading with his girlfriend to atone for his wrongdoings.

This website was able to locate the student, who agreed to an interview.

Onesmus Twesigye is the male student in the video, a Makerere University student who is pursuing a bachelor’s degree in statistics. He is in his third year.

Immaculate Katunga, the girlfriend, is pursuing a bachelor’s degree in economics and statistics, and she is in her third year of study.

Onesmus claimed that they have been dating for about a year, and the two swore to never leave each other.

“The time I met Immaculate, she was from a broken relationship, and she was in tears because her former boyfriend had hurt her. I comforted her and vowed to truly love her.

“In a blood oath, we vowed never to abandon one another. This was done after testing our HIV/AIDS status,” Onesmus said.

Onesmus, however, claimed that Immaculate’s friends disliked him, and they continued to give his girlfriend false information about him.

“They called me a cheater, yet I am not. This relationship is my first, and I truly love her,” he said.

Onesmus asserted that the misunderstandings that led to him having to go to Immaculate were brought on by rumors that her friends had spread about him.

He went to Mary Stuart Hall on January 4, 2023, to patch up the relationship.

“When I entered her room, one of her friends was there, and she invited another friend. I didn’t mind them because my focus was to apologize,” Onesmus said.

When asked if he knew they were recording, he said;

“I didn’t know. I thought they were busy on their phones. But I was shocked to see a video of me kneeling on the internet the following day.”

Onesmus pledged to his girlfriend in the video that he would be submissive to her. We asked him to clarify.

“All I did was out of love because I was desperate,” he said.

When asked if the video had emotional effects on him.

“Yes, it had. At some point, I had suicidal thoughts, but my neighbors talked me through them. Also, the good thing is that my parents know nothing about the video,” he said.

Onesmus stated that regardless of what occurred, he is hopeful that they will patch things up because he loves his girlfriend.

“We gave ourselves a break until we finish exams for this semester,” he said.

He urged the public not to judge him for his actions.

Uganda’s ambassador to Kenya is dead