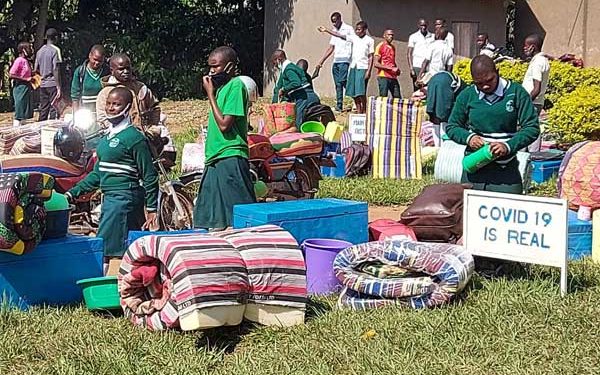 Parliament has directed the Ministry of Education and Sports to present a statutory instrument to regulate school fees increments.

Bukooli County Member of Parliament, Solomon Silwany, commented on how some institutions hide extra fees under requirements such as development fees, while Tororo District Woman Representative, Sarah Opendi brought attention to the widening inequality in education institutions throughout Uganda.

“It is not just about school fees; we need to have equity in this country. Why should we have government-aided schools and some schools established by certain institutions, with the government paying teachers, but they still charge fees higher than a university,” she said.

In response, Speaker Anita Among, who was presiding over the parliament’s plenary sitting on Tuesday said that hiking of school fees can potentially deny students their right to education, emphasizing how important it is for families to afford school fees equally regardless of location or type.

She directed the Education ministry to take action.

Her directive comes amidst a tough economic situation with many school proprietors charging exorbitantly.

Earlier this year, Private school owners under their umbrella body, National Private Education Institution Association (NPEIA), rejected the planned government school fees regulation policy, saying it will block them and their opposite members from government-aided schools from charging beyond set caps.

“The Ministry of Education and parents are not aware that promoters of the private schools’ sector in Uganda invest huge sums of money to establish globally comparable schools. Therefore, they are entitled to reasonable returns on their investment,” said Hassadu Kirabira, the chairperson of the association.

Kirabira added that whereas the government-aided schools are highly subsidised by the government, either through salary payments, tax waivers, or infrastructural development, private schools are technically on their own.

Meanwhile, the majority of the schools resume on February 5.

“Since I decided to join the struggle, prison has been my home,” Sam Mugumya, a former Besigye aide, narrates the “truth” behind his arrest in Congo

"Since I decided to join the struggle, prison has been my home," Sam Mugumya, a former Besigye aide, narrates the "truth" behind his arrest in Congo