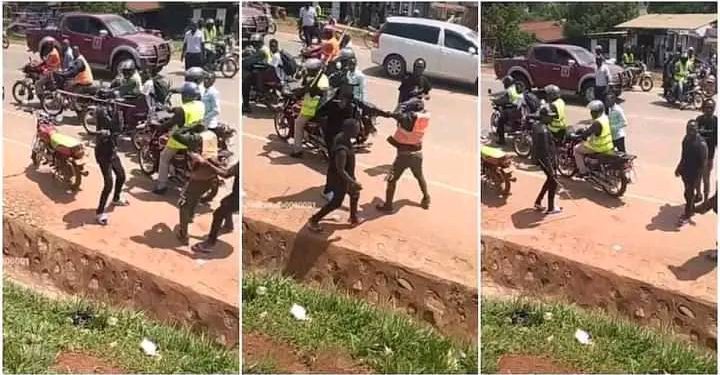 Police has opened up about the viral video clip of singer Joseph Mayanja, alias Jose Chameleone, beating a boda man.

The rider is said to have been accused of hitting the singer’s Range Rover.

Patrick Onyango, the Kampala Metropolitan Police spokesperson, said in a statement to the media about the incident that the singer’s actions were wrong and that he should be punished for beating the rider.

“As Police, we condemn the act and we have taken it as a serious matter because a musician has to be an example to other people by showing good manners. Even though the Boda man has not reached out to us to file the case, we already ordered the OC of that area where the incident happened to look for the rider and also record the witnesses’ statements,” said Onyango.

The singer himself has not yet said or posted anything about the video, but his Public Relations team has released a statement on video noting that the incident happened last year when a reckless rider rammed into Chameleone’s Range Rover as he drove to his home.

“On the morning of Thursday, November 17, 2022, an uncomfortable incident involving a Boda Boda rider and Jose Chameleone escalated as Chameleone was driving back to his home in Seguku, where a reckless rider rammed into his Range Rover, leaving the left side of it scratched,” wrote the singer’s PR team.