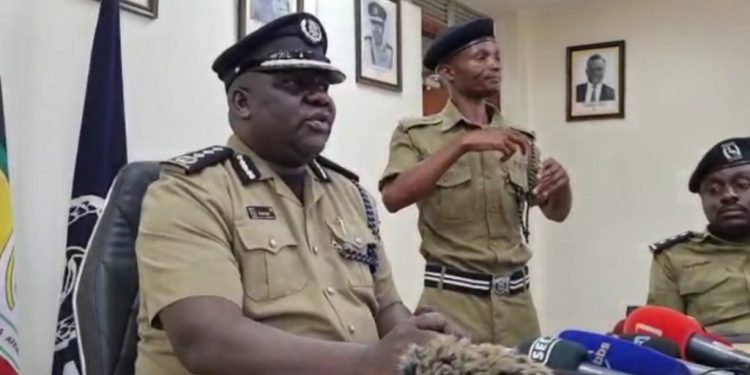 Police have released new information about singer Joseph Mayanja, better known as Jose Chameleone, and his viral video clip of him caning a boda man.

While speaking to the media on the matter, Police spokesperson Fred Enanga revealed that the video didn’t have the root cause of the incident, so they have been able to trace and get a few people who were present at the scene to give them their side of the story.

According to Police spokesperson Fred Enanga, the boda boda man crashed into the singer’s Range Rover, causing the singer to lose his cool and cane him.

“The video doesn’t show how the situation started and what forced the singer to beat the rider, it only shows that part when the singer was beating the boda boda man, but we have got a few eyewitnesses and they have shown us that the boda boda man crashed into the singer’s car, which annoyed the singer, which is why he caned him. Apparently, the guy has not reported the case to the police, yet it’s very important to report when you get attacked by anyone, therefore we call upon the boda man to report the matter at Kanjansi Police Station,” said Enanga.

Enanga also condemned the act of car owners driving with canes in their cars, advising them to report to the police if they were hit by any rider.

While addressing the media on Monday ahead of his Gwanga Mujje concert slated for February 10, the singer asked the public to first hear from those who were present at the scene before judging.

“I am not an angel. Before the world judges me, it is important to note that those who were present at the scene knew that the cyclist was at fault,” said Chameleone.

INTERVIEW: Meet Katende Abdul Kariim, a welder who learnt his craft on YouTube and is now an expert in building complex machines