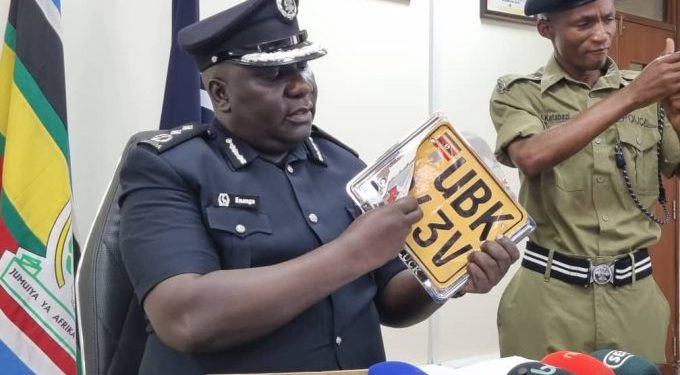 Police has recovered six cars and a motorcycle in an intelligence-led operation on car thefts in Kyankwanzi and Greater Kampala.

The suspected stolen vehicles and boda bodas were driven to various isolated parking yards in the Kampala Metropolitan Police, which included “Kitimba” in Kasangati, Mukono, and Wakiso, where they are sold cheaply by buyers and car dealers.

According to the police, other vehicles such as canters and tippers were dismantled by the gang and sold as spares.

So far, 12 suspects, including eight prime suspects, two buyers of stolen motor vehicles from Mukono and Kalerwe, and two car park owners and dealers from Mukono, have been arrested.

The police said that their arrest led to the successful recovery of six suspected stolen motor vehicles and a motorcycle.

Anyone who vandalizes utility infrastructure will be charged with terrorism, says police