There is no cost to use our sniffer dogs–Police 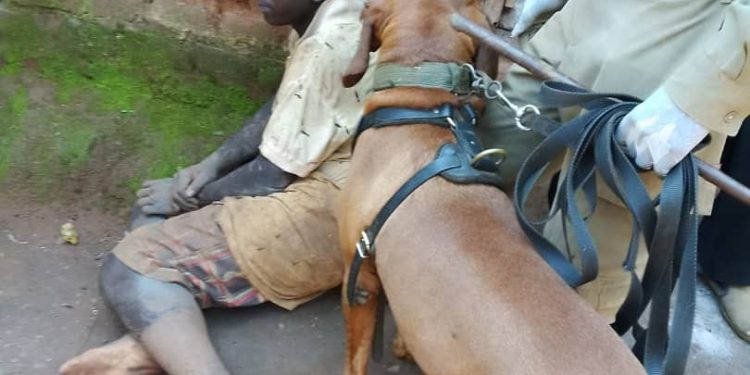 Police spokesperson Fred Enanga has warned police station commanders who have been asking for transportation money for the movement of police sniffer dogs to crime scenes.

According to Enanga, they have been receiving a number of complaints from the public about police officers charging them to deploy sniffer dogs.

“Director of police operations, after acknowledging several concerns from the public who have been making compliments regarding the movements of police sniffer dogs from the respective police station to crime scenes, indicating that they have been charged, we have informed the officers that the movement of sniffer dogs to crime scenes must be free of charge,” Enanga said.

“There has been an attendance or a habit whereby you find the dog handlers moving on their own in private vehicles that are hired by people who were victimized through robberies and other related offenses and end up paying a lot of money to transport the dog handler and the dog to the crime scene,” he added.

He went on to remind the police station commanders that it is their role to transport the dog to the crime scene, not the victim.

Enanga urged the public to report officers who charge them money.

Last year, the police crime report indicated that the K9 unit is the most successful in arrests and prosecution of offenders.

Of the more than 8,000 suspects arrested through the use of sniffer dogs, about 2,500 were successfully prosecuted and convicted on their own plea, while others are still battling the offences in courts of law.

There is no cost to use our sniffer dogs–Police