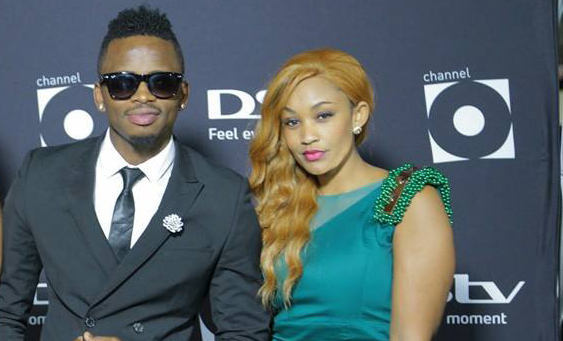 Diamond Platnumz was a big winner at the Channel O Awards in South Africa on Saturday, bagging three awards and the other winner of the night was our own socialite Zari as she got to tag along the Tanzanian star.

Diamond chose to avoid an ugly confrontation by attending the awards with his mother instead of his girlfriend Wema Sepetu, with whom he attended the MTV Mamas earlier this year. The awards were happening in Zari’s “backyard” in Johannesburg and Diamond attending with his girlfriend could have led to an ugly confrontation as Zari was recently pictured kissing Diamond.

Here are the photos of Zari and Diamond at the awards.