The new breed of cool preachers 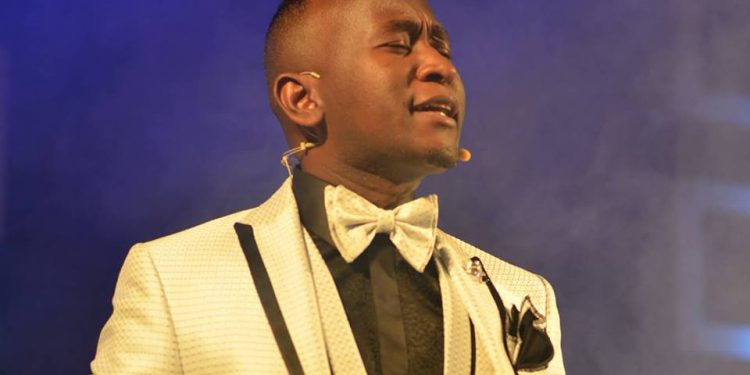 There is a revolution happening in Uganda’s Pentecostal realm with a number of new, young, cool pastors on the block ‘challenging’ for the spot where the likes of Rubaga Miracle Center’s Robert Kayanja and KPC (Watoto’s) Gary Skinner once ‘towered’ above all else. Theirs are the ‘churches’ to be seen at if you’re a hippie, never mind that they don’t even have church buildings to start with. BY SAMUEL OKETCH There is a new pastor in town. He is young. He is posh. And he is exotic. What’s more, his is a Galaxy Note-wielding audience. If your phone is a ka-torchi, you might want to find another church because it is likely you will feel out of place in the plush surroundings of the Kampala Hilton Hotel, where the poster boy of this latest Pentecostal fad, Prophet Elvis Mbonye, conducts his services, or, more appropriately, spellbinds his audience, every Tuesday evening. Young and cool The choice of church venue and time of service are unique, and a cursory look at those that dominate the congregation is all one needs to get pointers as to why that’s the case. But even before one gets to the tent that serves as church for now, the heavy traffic leading up to the hotel tells part of the story already. Most of the hundreds of congregants that converge at the Hilton for the 6pm service are fairly young. Most are working class types. Several are women. Lots of them are hot. What unites them—and keeps them coming back—is their thirst for the latest out of the prophetic cup of ‘Mr Future’, as Prophet Mbonye is also known. At the podium, every Tuesday, he will captivate his throngs of followers, or fans, in the upscale surroundings of Nakasero. As the previous week and the week before, they have converged to hear from the man who can “see” and tell what their future holds. Those that can’t make it to the Hilton will have to wait until Sunday afternoon, when Prophet Mbonye’s show airs on tv. Back to Nakasero, none in the audience dares question a man who supposedly foretold the coming of the tsunami many years back, the Kyushu earthquake in Japan or the UK’s breakaway from the European Union following the Brexit referendum. Such a record should elicit unwavering devotion. And it does. His services are punctuated by wild cheering and abandoned shrills as he calmly but authoritatively assures his congregation of heaven on earth. The fable of Phaneroo But if you think BMW X6-driving Prophet Mbonye is sophisticated, you’ve not seen anything yet. Every Thursday, at Lugogo, the MTN Arena is packed to the rafters, brimming with the fans (literally) of Apostle Grace Lubega. There are tents on the outside to take those not lucky enough to find room inside, and a live webcast for those who can’t make it to Lugogo altogether. If Apostle Grace Lubega doesn’t register immediately, maybe Phaneroo will. That’s perhaps the more recognisable brand, sorry, ministry name. Phaneroo is a term coined from a Greek word meaning “to make visible that which was hidden”. What is clear is that the Phaneroo members are not at all interested in keeping their association with the ministry hidden. You might have noticed a car or two on the road with the label. It could be a car belonging to another of the several thousand Phaneroo members. If it’s close to 5pm on a Thursday, it is likely they are heading to ‘church’. 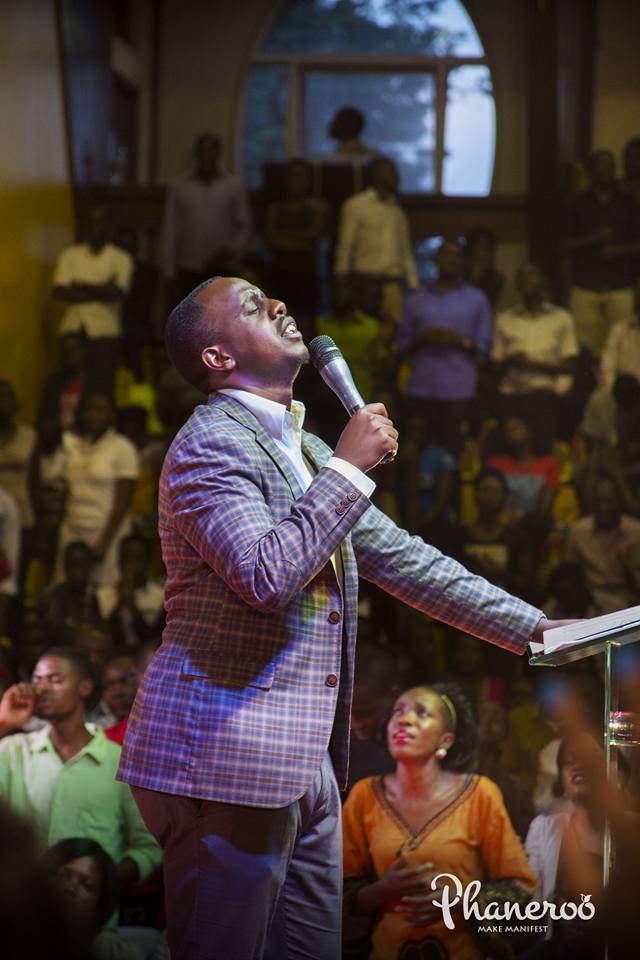 A church with an app But it’s not just the day or time of worship that is unusual; a church member can follow their pastor’s sermons, get daily devotionals or latest news via the Phaneroo app. For Shs500 a month, there is also an option to download Phaneroo caller tunes. It is Ugandan church like you have never known it. On one of the ministry website pages a description that “Phaneroo is an army; it is a force, sweeping across the nations, the continents and the entire globe, consuming men with the understanding of truth and who God is” attempts to shed light on what this phenomenon, which marks two years next week, is all about. One former member of the church this newspaper spoke to was not entirely in agreement, however, saying she left because “there was too much emphasis on showbiz”.  Thousands of members though are not complaining. The Thursday Matooke Republic visited,  Apostle Lubega caught the eye in a sleeveless Phaneroo-branded T-shirt and stylish moccasin shoes.  His call to his congregation to “Set your minds on the things above this world….” was well-received, going by the excitement it evoked. The pastor who’s watching Much farther away, in Nateete the oldest pastor among the new breed, Pastor Aloysius Bugingo wows his crowd at the recently acquired premises of House of Prayer Ministries International, this time on the more conventional day of worship—Sunday. Pastor Bugingo who has nearly as many scandals as he has followers, previously belonged to Bishop David Kiganda’s Christianity Focus Center, although he started out at Watoto Church. His weekday lunchtime prayer services are a must-attend for many Born-again Christians who operate in Kampala’s Central Business District, although his church is dominated by Luganda-speaking followers, understandably so when you consider Pastor Bugingo also mostly delivers sermons in Luganda. These are broadcast on Salt FM and Salt TV without fail. The devotion of his followers is similarly unfailing. It borders on fear of the pastor’s perceived powers. When we sought out two church members to find out what draws them to the church, they were reluctant to speak to us, one lady assuring us her pastor would automatically find out whatever she revealed in that chat.
Tags: born againElvis MbonyeFaithPhaneroo
Previous Post

People are calling me a Kansiime wannabe, but I have no plans to be a comedian: Range Rover girl Martha Kagimba