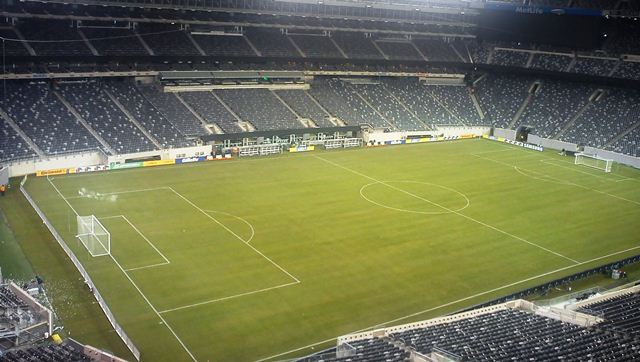 There have been English Premier League seasons that kicked off in the past and every fan knew there would be only one winner. Take the second season of Jose Mourinho’s first coming. Or the last great Manchester United side of Sir Alex Ferguson’s reign at Old Trafford. At the time you just knew. It was inevitable Chelsea would win the title in 2015 when with Mourinho settled into his second stint and all the Blues’ problem areas plugged. 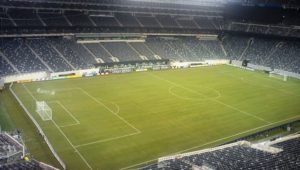 This weekend, however, the league starts with only one certainty: there isn’t a single team out of the traditional big guns that can confidently claim to be frontrunners. The simple wisdom should have been that Manchester City would be in that position; like any team that has Pep Guardiola as its coach should. But Man City are not Barcelona, and they are not even Bayern Munich. Where Pep has previously taken managerial roles at clubs that belong among European football’s aristocrats, City are not even the biggest club in their local town—forget the country. It is a history, or a lack of, that Pep will find hard to surmount. This is by no means an attempt to suggest that Pep needs ready-made outfits. To be sure he practically remade Barcelona and in his three years in Germany still managed to refine a very good Bayern side. But now, he’s expected to define a club. It is the kind of stuff that takes years, decades even, not just a few weeks of pre-season. Watching Man City through pre-season, one can’t help but notice the crispness in their team’s passing is not quite there yet. That shouldn’t be surprising. At Barcelona everything came together quickly because there had been a solid foundation laid down decades prior. At Bayern, even with a sound outfit left behind by Jupp Heynckes, the Bavarian giants didn’t start passing like a proper Pep team until they were into his second year, yet they had better players than City. Now, City had a number of players that could run very fast (Raheem Sterling), shoot hard (Fernandinho) and work hard (Fernando). Pep needs players that can do all these things, and still play smart. Sergio Aguero and David Silva certainly can. Yaya Toure is certainly old. Ilkay Gundogan is very good, but will need time to fit in. So too Nolito, and Leroy Sane. A nine month season then might just too short. For another of the perennial challengers- Arsenal, a season might be too long. Arsene Wenger insists his team is good enough to challenge for the title and that might be true, but Wenger is no longer good enough to win it. So, enter Chelsea, who have a new manager and a few additions. It is not always that a team jumps from tenth to first. Much as Chelsea will not match their last season’s performance however hard they try, old ills, in defence for example, persist. Which leaves another underachiever in Man United. The reality is United have a better coach and better players, but they still look ponderous and have a defence that is going to be tested to the full. If you are waiting for Liverpool and Tottenham to be added to this discussion, wait for the article on who will challenge for the middle table slots. But then, the conversation on title favourites has not been closed yet. Leicester to defend it? Yeah, if you have more money than sense.
Tags: eddy ssekalosoccer
Previous Post

Masaka Road: Are authorities waiting for a VIP to be a victim?