Nakitende finds her passion in farming after accident 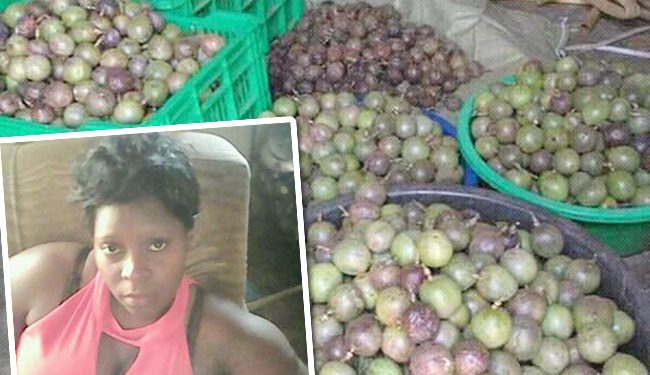 A bad accident that left her bedridden for two years quashed her education dreams, so Nakitende had to turn to passion fruit farming, writes William Kasoba After finishing her A’ level from St. Maria Gorreti High School, located in Mpigi District; Allen Nakitende joined Kyambogo University to pursue a degree in Social Sciences in 2010. Sadly, she only managed to complete one semester as she was involved in a terrible boda boda accident. She was lucky to survive death, but sustained a fractured leg that left her bedridden for two and half years. She is still in and out of hospital as her leg has not fully healed despite undergoing various operations. The situation has not hindered her from thinking how best she can prepare for the future since she also has a daughter to take care of. While still bedridden, Nakitende spent most of her time watching TV. She always enjoyed developmental programmes about topics like choosing careers, job opportunities, farming e.t.c. Nakitende gradually started picking interest in passion fruit growing since evidence showed it requires little capital to start a small garden. Mid last year, just after getting back on her feet, Nakitende decided to start on her passion fruit garden dream since her family had an abandoned piece of land in Mukono. Being the second born in the family of 10 children, she mobilised her younger siblings to help her clear the land. She then collected some little money from her mobile money side business to buy the basic necessities for her one hectare garden. She bought pesticides to spray the garden, timber to put up structures to support the passion fruits and watering materials. The requirements cost her only 150k. Nakitende opted to grow the “Masaka” passion fruit variety since they require less attention during their growth and they are resistant to bad weather, pests and diseases and also have a relatively shorter growth period that is only six months. In the first harvest, she was able to sale passion fruits worth 500k, but she doubled her proceeds in the second harvest.  Nakitende’s major markets are mainly in Kirekka, Kikoni and those that come directly to her garden. She sells a basin at 40k in the sunny seasons since the fruits be on high demand and 35k during the rainy seasons. The challenges Though her garden is still small, Nakitende has encountered various upsets like buying fake pesticides leading to a reduced output. Another challenging factor is watering the fruits mainly during the dry seasons. “I face unplanned expenses like getting boys to fetch me water for watering my fruits during the dry season,” she says.
Tags: Farming
Previous Post