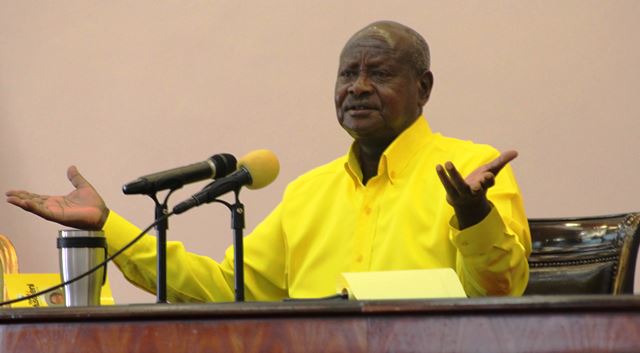 President Yoweri Museveni and Party Chairman of the National Resistance Movement (NRM) has summoned the party’s MPs to State House, Entebbe to harmonise a position on the controversial mobile money tax.

The Prime Minister, Rt. Hon. Ruhakana Rugunda is expected to present Cabinet’s resolution to amend the Excise Duty slashing the tax from 1% as passed in the national budget to 0.5% following public outcry.

“As thus, the president will except all the NRM MPs to speak a singular voice and vote in favour of the party’s position,” NRM’s Chief Whip Ruth Nankabirwa said.

The summon comes after several NRM MPs have come out to call for the removal of the tax saying it is regressive.

On Tuesday, Ministers Frank Tumwebaze of ICT and David Bahati of Planning told the media that a new motion would be moved in Parliament tomorrow, Thursday to cut halve the tax.

The duo, however, maintained that the Social Media Tax would remain despite growing resentment.