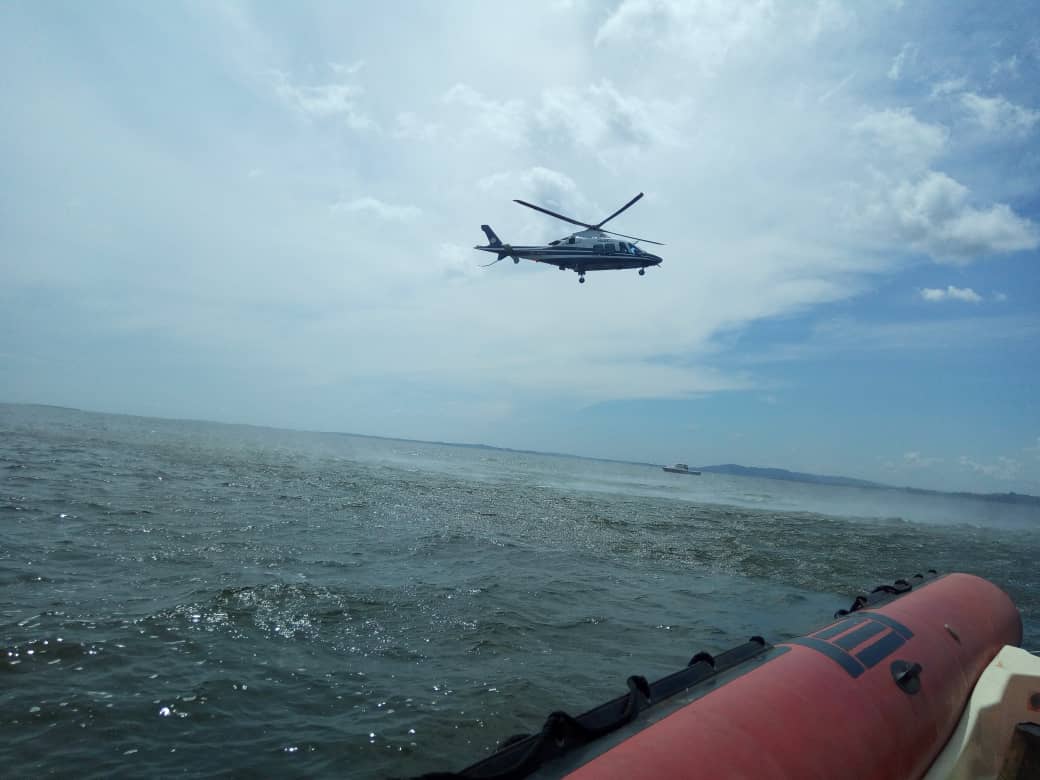 What started as a jolly-ride with some broadcasting the fun moments on social media turned the final hours and memories of who succumbed to the turbulent water. Punctuated by merry-making; drinking and dancing, revellers were on the ideal escape from the hustle and bustle of the city. However, a few a few metres away from its destination, Mutima Island beach, disaster struck.

According to the survivors, MV Templar, the blue and white vessel reportedly started leaking a before a strong wave sealed its fate. The horror occurred around 7:30 pm sparking off a series of events, including a search and rescue mission, frantic phone calls and up-to-speed developments relayed by various media outlets. 12 days since the nightmare and shock that the nation is still reeling from, the fate of missing bodies is yet another mystery.

According to Police, the accident claimed the lives of over 33 people. The figure of the missing is speculated at 60. However, the number of people who were on board also is a subject to speculation. While it was reported as 120, some stated it was high as 150 and others mentioned 90.

What happened to the rescue mission?

According to a chilling tale of one survivor, before the boat sunk, groups of fishermen and those who were on a similar escapade warned them of the impending disaster. They reached out to the revellers to join them to safety.

However, only a few obliged as the music continued to blare. This turned to contribute the biggest number of survivors who escaped the horror of swimming for their lives from a sinking vessel. Other survivors were those who managed to swim to safety or were saved by local volunteers and rescue missions of combined security forces.

These groups formed the numbers of those who were saved. Also, bodies of about 27 who drowned in the lake were retrieved and others washed to the shore of the island.

With waning hope of recovering any survivors, police and sister security agencies turned their hopes to retrieving the ill-fated boat. They were hopes that missing bodies would be found trapped by the boat or under it. Six days after the accident, after several futile attempts, a ghostly wreckage of the killer boat was retrieved.

Director of Police Operations, Asuman Mugenyi, said the boat was pulled out with a combined effort of two graders that were linked to four lines with the help of tyres. He revealed that body parts were spotted in the boat.

“Body parts were seen, but we don’t know the number of human bodies inside”, he told the press during the time the boat was being retrieved. A source we spoke to who was at the scene of retrieving the boat but preferred anonymity confirmed that body parts were recovered.

“Not all bodies were retrieved. By the fourth day, they retrieved body parts. It was in the best interest not to show the public such gruesome pictures”, the source stated.

At the burial of Templar and Sheila Bisase, owners of the ill-fated boat who were among the victims, mourners were stopped from paying their last respects. According to a family member who addressed the gathering, it took the intervention of one aunt who identified the body of Templar Bisase at Mulago mortuary among others that were retrieved later after the accident.

“We ask you, fellow mourners, to remember Sheila and Templar in the last image you had of them. Remember them by the way they looked”, he stated.

Only six people officially known to be missing

According to police, as reported by families of people whose relatives were missing, they placed the number at 6.

The missing were Peter Kakooza, Sylvia Namutebi, Godfrey Musisi, Andrew Ssenyonga, Jaffar Munyaha and Esther Adongo. Our attempts to get police spokesperson Emilian Kayima to comment on the matter bore no fruit.