With most Ugandans still strongly holding a myth that locally made products are below standards, a tour of the Nile Breweries Plant in Jinja portrays a different picture.

At the premises in Njeru before the Nile bridge, the media together with officials from the Uganda Revenue Authority (URA), Uganda National Bureau of Standard (UNBS), and Uganda Police Force among other stakeholders we were first taken through an induction of the safety measures before entering the factory itself.

This also included a theoretical take through the company’s quality of production and the sustainable development mechanisms that treat the environment in a friendly manner.

The practical tour kicked off as company experts took visitors through all the processes involved in producing Uganda’s most awarded ‘food beer’ – Nile Special and other sister brands such as Club Pilsner, Nile Gold, Club Twist, Eagle Lager, Eagle Dark, Castle Lite among others.

Before and during the tour, the visitors had to be disinfected using chemicals to avoid contamination of the beers already in the production process.

The guests were treated to a variety of ways n this various experiments, were done sorted and cleaned using state-of-the-art technology that selects only the damage free bottles. 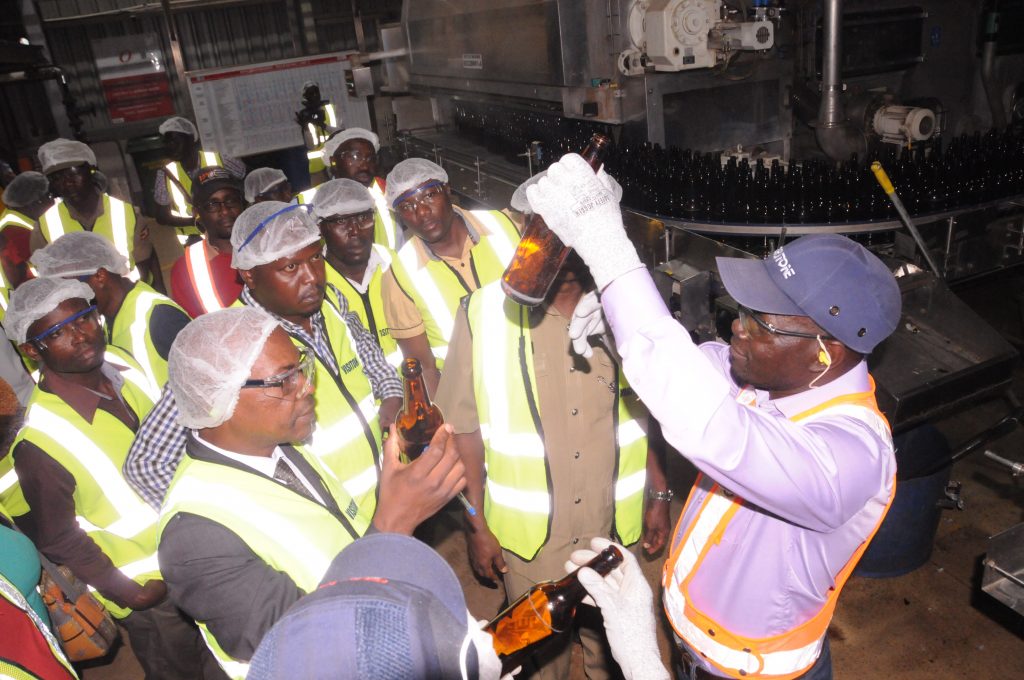 The beers undergo a production process that involves six steps.

Malting prepares barley for brewing. The barley is steeped in water, allowed to germinate and is then kiln-dried in carefully controlled conditions.

During this process starches in the barley are made accessible, and enzymes are formed which convert starch into simple sugars during the subsequent brewing process. The selection and blending of different malts – pale, crystal or roasted – contribute to the ultimate flavour, body, colour and aroma of the beer. 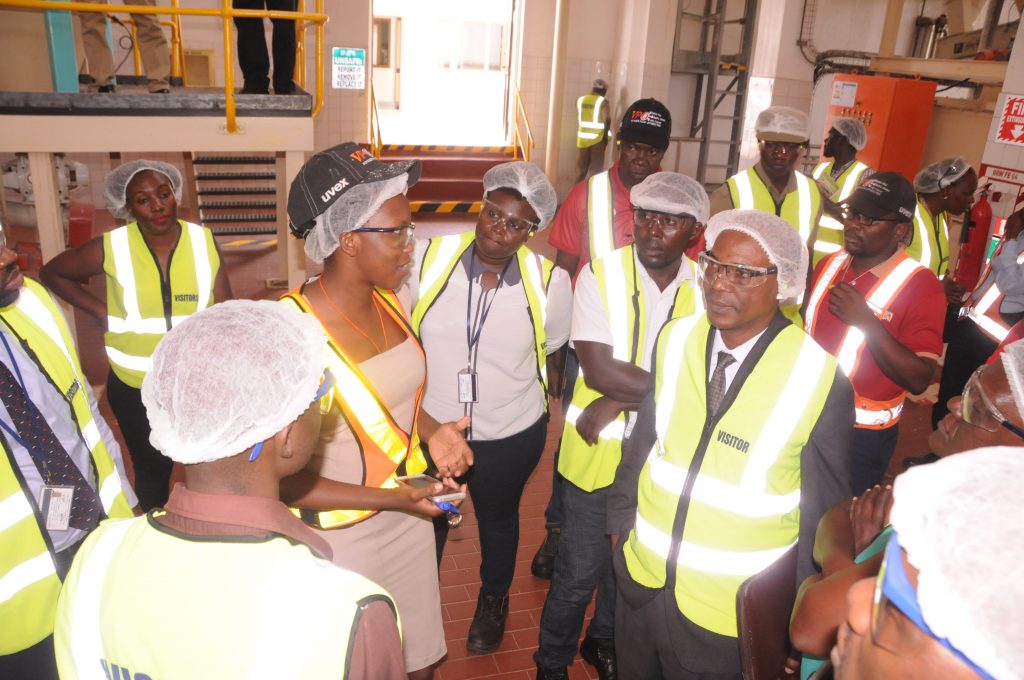 A specified heating programme continues the conversion of starches in the mash into simple sugars. Varying the time and temperatures in the mashing programme influence the body and colour of the beer and determines the potential alcohol content. The addition of maize enhances drinkability. 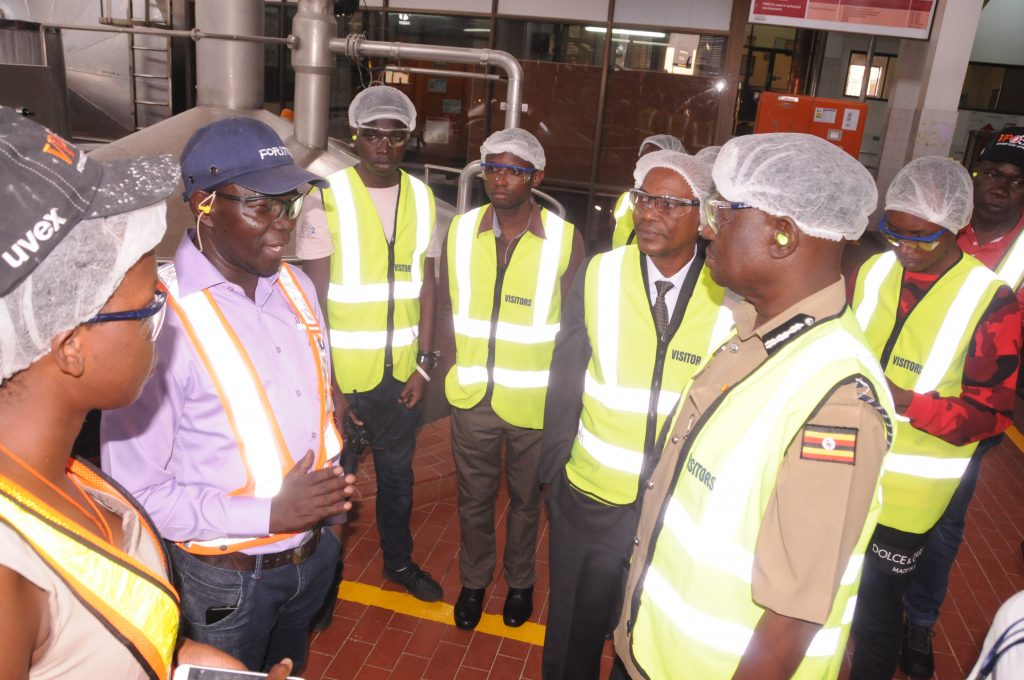 The mash is transferred to the lauter tun, which acts as a giant sieve and filter, separating the rich fermentable liquid “wort” from the solid grain. As the liquid drains off the grain, it is sprayed by hot water to recover the maximum amount of fermentable sugars.

The wort is brought to a controlled boil to balance the ingredients precisely. Hops are added. The type and quality of hops, and the timing of their addition to the boiling wort, determine the distinctive bitterness and hop aroma of the beer. After boiling, the solids are separated and the wort is cooled. 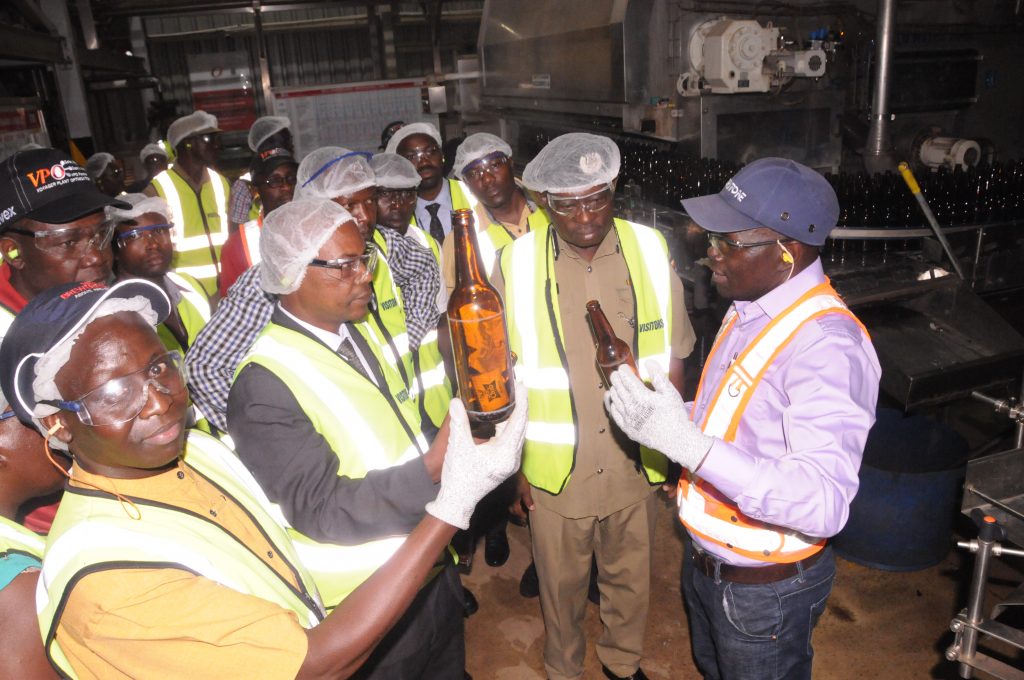 Selected brewer’s yeast is added to the cooled wort, initiating the fermentation process under controlled temperatures.

During fermentation, yeast converts the sugars in the wort into alcohol and carbon dioxide. This young beer is then transferred to even colder storage vessels, where it matures. After reaching its full potential, the beer is filtered, carbonated and transferred to the bright beer tank.

Perhaps the most important determinant of beer character is the living yeast. Brewers, therefore, give great attention to the integrity and vitality of their own yeast strains.

Because beer is best when is fresh, it is packaged quickly and efficiently on the high-speed line, in kegs, bottles or cans.

Kegged beer, which is either micro-filtered or flash pasteurized, is delivered to customers for consumption as draught beer. The bottled and canned beer, which is more widely distributed is pasteurized during packaging to ensure a longer shelf life.

EULOGY: Charles Muhangi, the entrepreneur that cut Mbarara’s journey to Kampala from seven to four hours 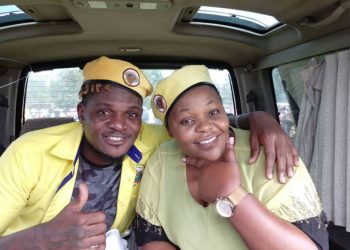