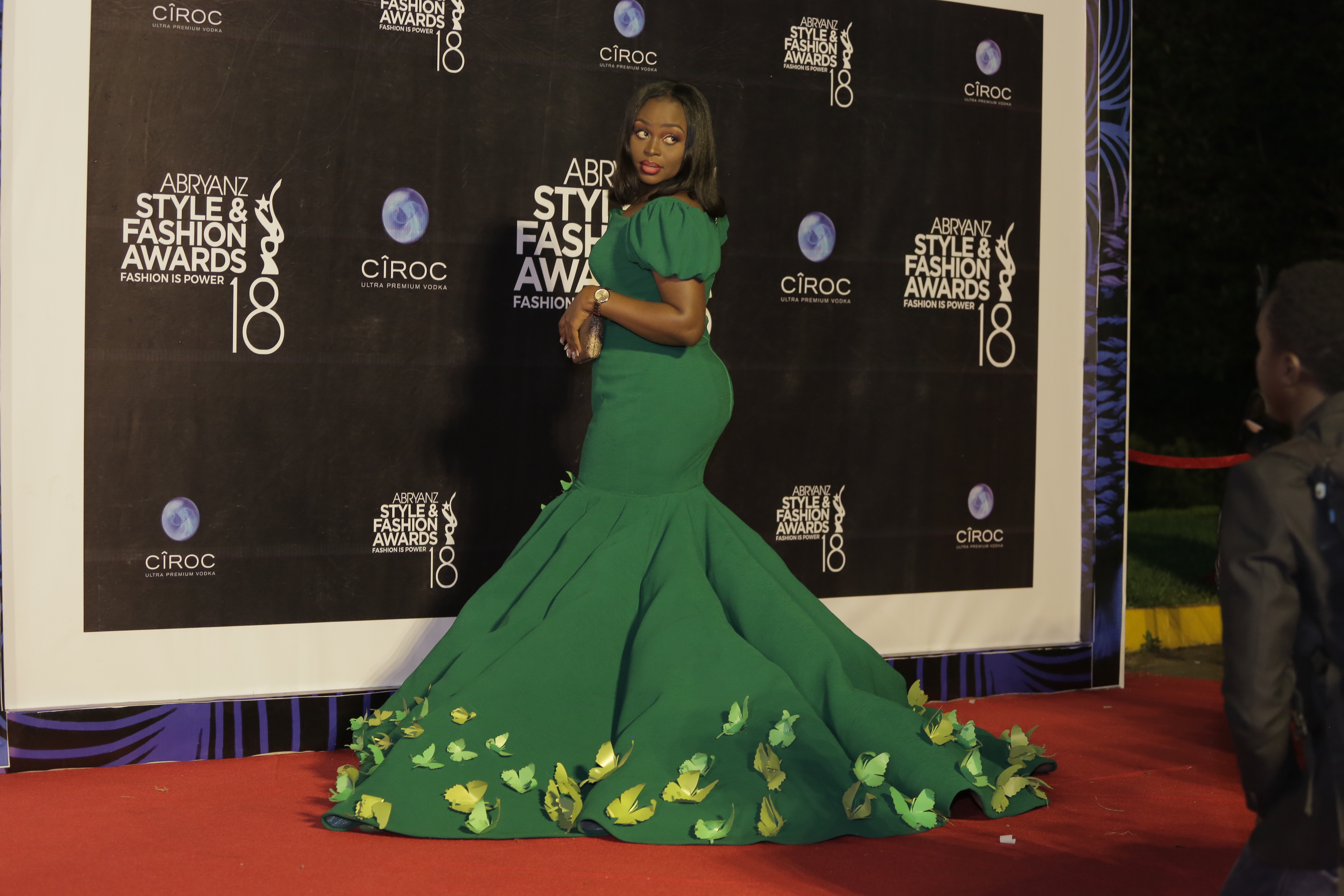 Well, let’s face it. When events as glamorous as the Abryanz Fashion and Style Awards (ASFAs) go down, the first thing we want to know  – even before knowing the winners are what our flashy, pompous, swaggerific celebrities wore.

And who best deliver the goods? The Ekitone singer who recently quit secular music and gave her life to Christ did her outfit justice. One might think it was curved out of her gorgeous body – a perfect fit for a complete diva.

Alexander Bagonza! I am talking about you A Pass. With his Shs6.5m tint in the hair, the most talked musician on social media nailed his Tommy Hilfiger navy blue suit. He chose the best suit colour, gave it the best shirt and walked into Serena like a winner – which he eventually emerged in the Most Stylish Male Artist of the Year.

When he took to the mic to receive his award, he spilled the beans. “I am not surprised. Thank you Abryanz,” he said.

Kabuura’s bae left tags wagging, whispers rolling, saliva spilling and zips bouncing. With a blend of the local and international touch, Flavia Tumusiime did the dress justice or the reverse is true.

She completed the look with the perfect hair and the disarming charm and smile that gives the sun something worth shining on.

And he did not leave his humour behind. His minutes at the microphone left some ribs cracked already. That’s the beauty of being natural.

She just doesn’t sing about being a woman. She sees it through with action. That is Rema Namakula for you. Young, rich, smart, humble are the key characteristics you will find with her any day and of course, they eyes that say 200 words in one go.

Unfazed by the recent rumours, the Sili Muyembe singer gave the night her best and it paid off well.

Sue’s dress was handmade with Mauve Lace encrusted with crystals and hand beaded pearl with flowers.

SKP, short for Sheebah Kassami Pemba is one of the high end fashion houses in Kampala and is behind some of the looks of Kampala’s power women.

SKP made their ASFA debut with a showcase in 2017, but this time they represented on the red carpet.

After hoodwinking us recently that she had finally settled and introduced her ‘kyana’ to her parents, Hellen Lukoma was here in a wedding gown – again.

The mock kwanjula that later turned out to be a video shoot broke the internet with congratulation messages from all over but well, let’s just say she looks good in these wedding things. One day, who knows, it will just be the real thing. Don’t stop El, fake it till you make it.

Yeah man! The boy so tender rocked the red carpet and the stage a while later. Ykee Benda who has enjoyed a successful music year was looking to impress in the fashion circle and without a doubt, he came through pretty sharp.

His suit was just undecided. It is white at the top and blue at the bottom. Like a Photoshop gradient gone wild. But a star is a star. Who cares if the sleeves don’t reach, huh? Blame it on the gym.

Her outfit was as good as her performance. It was the most talked about highlight from the one. It was so comfortable for the red carpet as it was for the stage. Her voice was just the bonus.

When she sang Mowzey Radio’s songs, only the strong held their tears. The others just pulled out their handkerchiefs (for those who had) and wiped the tears off their cheeks. It was a special tribute for some who meant a lot to her. May his soul rest in peace. And everyone says…Amen.

Let’s all agree that I’m not qualified to talk about a man who has had such tremendous impact on the music and fashion industry. Arguably the greatest stylist in the Pearl at the moment. So if he chose tractor shoes for the night and tabliq trousers, it must be for a good reason.

BIZARRE: The designs that shocked everyone at Abryanz Awards