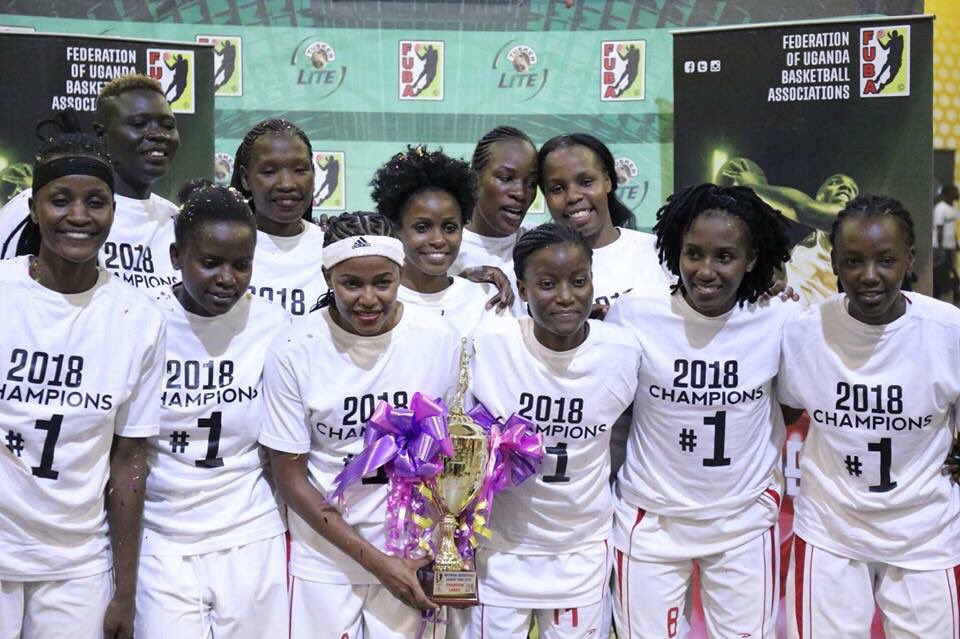 The basketball fraternity this year was served a balanced treat as they enjoyed both the thinkable and the unthinkable. The thinkable, as you might have guessed, was City Oilers extending their dominance, but who knew what JKL Lady Dolphins had in store for UCU Lady Canons in the lady’s championship?

Oilers tipped off on the wrong note in the final playoffs by suffering an 83-72 defeat, but recovered in emphatic style to win the next four games in the series and claim the title with a convincing 4-1 series win.

A year to remember for the JKL Lady Dolphins
2018 will forever be boldly marked in the history books of JKL Lady Dolphins. The Lady Dolphins tipped off their season on a high and rode all way to top the lady’s summit in the regular season.

Reaching the final, the Lady Dolphins did not slow down as expected, eventually claiming their maiden top division crown. Despite fears of UCU Lady Canons spoiling their heroic campaign given their dominance in the past three consecutive seasons, Dolphins stood their ground and handed the basketball fraternity a shocker by sweeping UCU 4-0.

Jamila ‘Zama’ Nansikombi explodes
Jamila ‘Zama’ Nansikombi made 2018 her own. After playing a pivotal role in guiding JKL Lady Dolphins to their maiden title as she scored at least 20 points in each game, the shooting guard caught the attention of Kenyan outfit Kenya Ports Authority that included her on their roster for the FIBA Africa Basketball Women Championship in Maputo, Mozambique. Zama did not disappoint as she emerged top scorer, averaging 17.1 points in four games en route to being named on the FIBA Africa Women’s Champions Cup All-star team.

Silverbacks World cup dream shattered
Not everything was smooth sailing though. With improved performances in the Afrobasket, the Uganda National Basketball team—the Silverbacks—this year targeted a dream qualification to the FIBA 2019 World Cup in China. The Silverback put up a spirited first-round showing which got them into the next qualifying stage.

However, the second round did not go as planned and our dream qualification plans were shattered with a 92-79 loss against rivals Rwanda.

Teams opt out of Zone V championship
City Oilers, KIU Titans, KCCA Leopards and UCU Lady Canons are the teams that had to represent Uganda at the annual FIBA Africa Zone V Club Basketball Championship that happened in Tanzania September 30 to October 7.

Yet, only the Lady Canons made it to the event as the rest opted not to take part. Titans were the first to opt out citing lack of funds. Tournament defending champions Oilers followed suit, this time saying they had limited time for preps.
KCCA Leopards soon but gave no official reason.