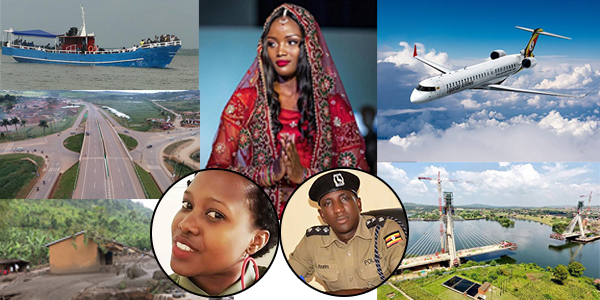 Using the immortal words of the Blacklist series star, Raymond Reddington, humans might all have 24 hours a day but they certainly go through them very differently. It is for this simple reason that anyone you ask about how the year 2018 went for them, the responses will be completely different except for a few events that all Ugandans can agree were good, bad and ugly in that order.

Republic the moments we will live to remember about the 2018 and those that we would pay a kidney to forget.

Let us begin on the bright side. Just before the year‘s curtains closed, Miss Uganda, Quiin Abenakyo returned to the country from China where she the Miss World Queen for the African continent. Abenakyo was two places away from being crowned the Miss World 2018 but nonetheless, her position was the best Uganda and Africa for that matter has ever reached in the history of the pageant.

At just 22 years, Abenakyo is a graduate of Makerere University Business School made history as the first Uganda to ever reach the top 30 of the Miss World Finals, later on, emerge the second runner-up to win the top beauty queen of the African continent. Surely that is something to write home about.

Uganda Airlines
Besides Abenakyo, the government set plans in motion to revive the defunct national airliner – the Uganda Airlines and even went ahead to cement the plans by ordering for four brand-new four new CRJ900 regional jets from firm, Bombardier Commercial Aircraft.

If all goes by plan, Uganda Airlines will commence in-bound flights in East Africa in March 2019 before expanding routes to across the world – a move that is expected to promote tourism, increase government revenue and help promote the country’s brand worldwide.

Innovations
In terms of innovation, Uganda proved that it can compete on the global I.T market as local software applications, SafeBoda, M-Scan and Matibabu won global and continental awards for best innovation. SafeBoda, the ride-hailing application was awarded as the best App in Africa at the AppAfrica Awards in South Africa for its revolutionary transport solutions whereas M-Scan won $250,000 in the Battlefield Award for changing the approach through which maternal mortality can be fought in Uganda. Similarly, Brian Gitta’s Matibabu – a bloodless test for Malaria won $33,000 after winning the Royal Academy Engineering Prize for Africa.

Infrastructure
Being the engine that runs any economy, Uganda’s commitment to infrastructural development cannot be underestimated. This year, the Uganda National Roads Authority commissioned the 51.4-kilometre Kampala-Entebbe Expressway – a toll road that connects the hinterland to the country’s only airport. The idea was to reduce congestion on the Entebbe Road whose traffic jam threatened to hurt business especially for investors, VIPs and businessmen.

Not only was Entebbe Airport also expanded and partly renovated, but another piece of beauty in form of a suspended bridge was also commissioned on River Nile in Jinja town. The new bridge that was opened in October is the first of a kind in the region built with state-of-the-art technology with a lifespan of 120 years.

Sport/Showbiz
After breaking the 39-year jinx without playing in the African Cup of Nations last year, the Uganda Cranes for the second year in a row qualified early for next year AFCON finals whose host is still being sought after Cameroon was disqualified.

To put the icing on the cake, the team captain, Denis Onyango was nominated for the CAF Awards for the third year running as the Player of the Year whereas Uganda Cranes made three-team shortlist for the Team of the Year. Speaking of awards, Bebe Cool brought home the AFRIMMA award for the Best Male Artiste in East Africa at the gala held in Ghana while his nemeses Bobi Wine and Eddy Kenzo named among Africa Most Influential People and Best African Musician respectively.

As the Luganda saying goes that even at a wedding, uncouth people are invited, so did the unfortunate happen in between the good news. Several accidents claimed lives of fellow Ugandans but the most tragic must be the Kiryandongo accident that claimed 22 lives.

The government declared three days of national mourning in memory of the accident victims. It is only rivalled by the Kapchorwa bus accident that claimed 20 lives of staff of an NGO from Kiryandongo still that were coming from a three-day excursion at Sipi Falls.

Kidnaps
Uganda also experienced a huge wave of kidnaps for ransom and others for blood. By December 2018, the police reported at least 112 cases of kidnap some of which turned to be a bluff whereas others ended up in brutal murders like that of Suzan Magara, Barbara Zalwago who worked for UBA bank among several others.

The year also brought with the deaths of several public figures including music maestro, Mowzey Radio of the GoodLyfe Crew who died in a bar brawl, DP aficionado, Ssebaana Kizito, rally ace Charles Muhangi, Comedian King Kong MC, former Archbishop of the Church of Uganda, Livingstone Mpalanyi Nkoyoyo among others.

There were also evictions in Lusanjja that the government has since reversed and several cases of flooding, heavy rains that destroyed people homes and increased levels of poverty that also hit the country at different intervals across the year.

As the name suggests, these were more than just tragic. They were disasters that Ugandans would pay with the national cake to forget. The most recent being the Lake Victoria boat cruise accident that claimed over 30 lives. MV Templar sank near Mutima Island in Mukono district with over 120 people reportedly aboard.

Although 27 people were rescued alive, over 60 still remain unaccounted for. Eyewitness accounts say that some of the rescued fled for the heels after reaching the shore while others claim that they might not have been on the boat in the first place.

Rakai school fire
Parents are still wiping tears after 10 students are caught in a dormitory fire at St. Bernard’s Mannya Secondary School in Rakai district. The fire that was allegedly set by disgruntled students who had been expelled by the school also injured 30 other students in the process and destroyed property worth millions of shillings.

Gun killings claim Abiriga, Kirumira
In the same fashion with which they killed former Assistant Inspector General of Police, Andrew Felix Kaweesi, State Prosecutor Joan Kagezi and a long list of Moslem Sheikhs, gunmen travelling by boda-boda claimed the lives of Arua Municipality MP, Ibrahim Abiriga, his bodyguard Saidi Kongo and his driver just before his home in Kawanda, Wakiso district. In the same style, the gunmen also showered Buyende District Police Commander (DPC) Muhammad Kirumira and one Mbabazi Resty with whom he was travelling near his home in Bulenga, a Kampala Suburb.

Arua Chaos
Meanwhile in Arua where by-elections were underway to replace the slain Abiriga in parliament, ugly scenes erupted resulting into the death of Kyadondo East MP, Robert Kyagulanyi’s driver, Yasin Kawuma and the arrest and torture of several MPs, journalists and the members of the public – 33 of whom are still battling treason charges for pelting the presidential convoy with stones shuttering one of the lead car’s rear screen.

Bududa landslides
And to wrap the year was the second occurrence of the Bududa landslides claimed over 60 lives and displaced over 100 lives. The landslides which occurred in October also washed away a school with them and several homes of the 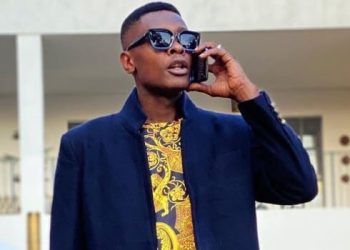