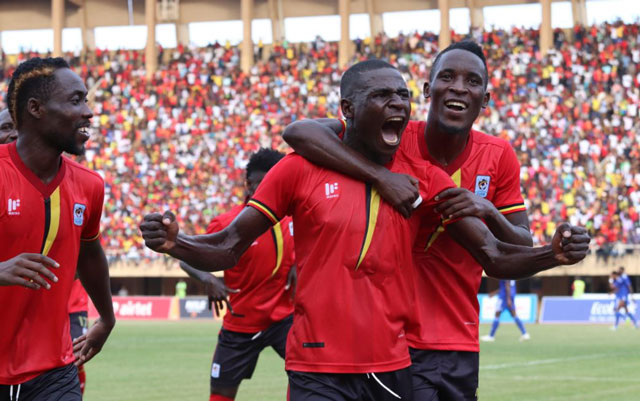 KCCA’s walk of fame to Champions League Group Stage
Many might feel like years have passed since KCCA FC made us proud. But guess what, it was only March 17, 2018; a date that will forever be a reference in the history books of KCCA FC and Uganda.

That day, the 12-time league champions became the first Ugandan club to progress to the Caf Champions League group stage. The 1-0 win against St George at Lugogo ensured KCCA FC made history.

Vipers beat KCCA to title, boys revenge in Uganda Cup Fans of Vipers Sports Club and KCCA had to wait until the final day to know which way the title goes. It was a thrilling end to a closely contested championship as even on the last day Vipers had to come from a goal down in the final game to confirm their supremacy over KCCA. Their rivals nevertheless got sweet revenge as they halted Vipers’ dream of a double chase by defeating them n the Uganda Cup final.

UPL sponsorship drama
After of the 2017/18 Uganda Premier League campaign, pay TV company and league sponsors Azam opted not to renew their sponsorship contract. A month later UPL and the football governing body Fufa announced a mouthwatering sponsorship deal with Sports Broadcasting worth Shs10 billion for a period of 10 years.

However, the deal suffered a stillbirth, forcing FUFA and UPL to comb for a new financier, who landed in StarTimes, who came in with a promise of Shs28 billion in sponsorship over 10 years.

Cranes make Afcon finals their new ‘home’
After breaking the 39-year jinx and qualifying for the 2017 Afcon finals in Gabon, the football fraternity can now be forgiven if they take a spot at the continent’s table of men for granted.

With new head coach Sebastien Desabre in charge, the Uganda Cranes still ensured it was normal service as they secured qualification to the 2019 finals in impressive style, with a game to spare and no goals conceded after five rounds.

FASHION: Naira Ali on why she hates shades, skirts

FASHION: Naira Ali on why she hates shades, skirts