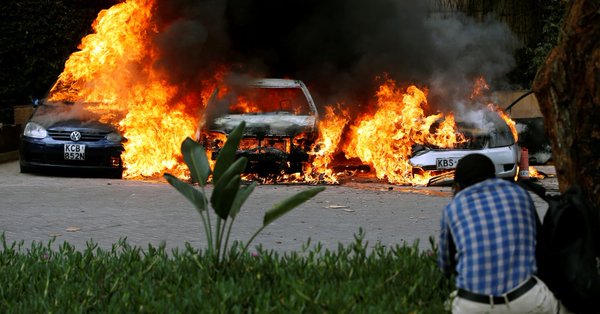 According to SITE Intelligence Group, an organisation that monitors jihadist activities, the Islamist radical group has claimed responsibility for the attack on orchestrated on Dusit hotel and a shopping complex along 14 Riverside Drive in Westlands.

According to Kenyan Police, the attack is just 4 kilometres away from Westgate Mall, where Al-Shabaab on Sept. 21, 2013, killed 71 and wounded 200.

“The National Police specialised units are on site at 14 Riverside Drive to engage the attackers. Please utilise this channel for all official information and refrain from re-tweeting unconfirmed news,” the Police’s official communications platform reported.

The militants claimed they captured 12 Kenyan troops. This suggests Al-Shabaab has a hand in today’s attack.