Rwanda opens Uganda-Rwanda border at Katuna for only two weeks 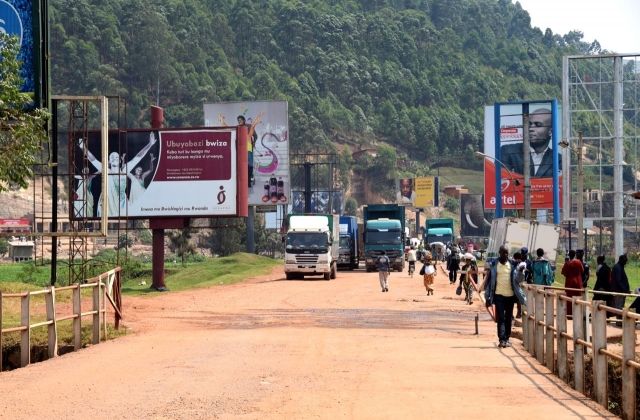 Rwanda Revenue Authority (RRA) has confirmed the reopening of the Uganda-Rwanda border at Katuna. In an official statement issued yesterday, the authorities said it has been opened for only two weeks to try its one-stop-border infrastructure.

“Reference is made to Rwanda Transport Development Agency letter dated June 7, 2019, which expresses the need to carry out trials for heavy trucks movement on Gatuna [Katuna] for a period of two weeks from 10th to 22nd June 2019 and assess the operationalization of the constructed works and equipment before the reception of works,” the letter read in part.

The Katuna border was closed in February this year exposing the tension between Uganda and Rwanda. The Authority first came out to say that it was closed to enable the construction of the boarder infrastructure but later accused Uganda of supporting rebels trying to overthrow President Paul Kagame.

However, Foreign Affairs Minister Sam Kutesa said it was a surprise to Uganda to be notified that the boarders were closed.  He also said Rwandan security operatives were entering Uganda illegally. After Kutesa’s utterances, government spokesperson Ofwono Opondo came out and revealed that president Museveni advised them to go silent about the matter.

Fresh Kid’s manager signs new artists, says it is a good back up plan

Fresh Kid’s manager signs new artists, says it is a good back up plan