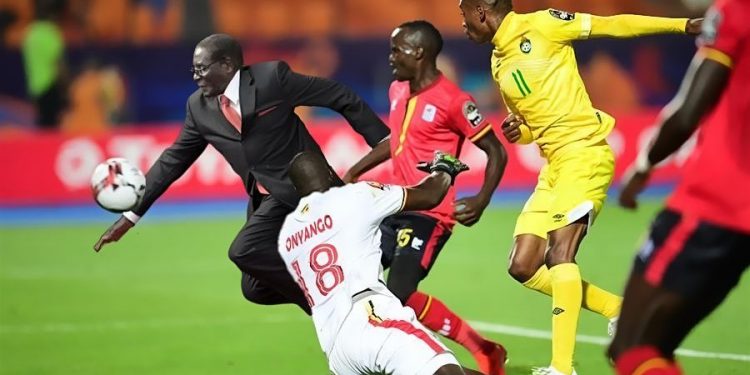 There is only one thing to be said about the Uganda Cranes Captain and goalkeeper Denis Onyango – saviour. Without him last night, Uganda would already be wheels-up heading back home.

His 73rd-minute save, scooping the ball right before it crossed the line gave Uganda Cranes a renewed lifeline and kept the hopes for a last 16 qualification alive. As always, social media has erupted with several memes inspired by that save the sealed Onyango’s spot as Africa’s best goalie – by far.

Zimbabwean starman, Karma Billiat who had four shots at goal, completed two out of two dribbles with two key passes within his 79% pass completion rate, said that his team was ready to score more goals but the heroics of Onyango kept them away.

Groom who was reported missing on wedding day says he didn’t disappear, he cancelled the wedding

Billiat who took home the man of the match award added that if it wasn’t for his former teammate at Mamelodi Sundowns, the Warriors would have bagged all the three points.

“I felt we were ready to score another goal but he [Onyango] really turned it on,” Billiat said in a post-match interview.

Groom who was reported missing on wedding day says he didn’t disappear, he cancelled the wedding