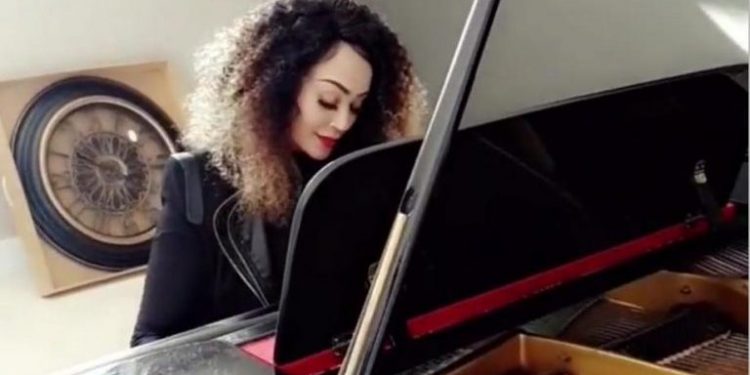 It has been a while since South African-based boyfriend gave socialite Zari Hassan a gift worth splashing on social media. The last we saw were cars and flowers which left the single ladies green with envy.

Perhaps the hectic process of buying and furnishing a house overwhelmed Zari’s King to a point of forgetting gifts.

Since their new house is in order, King Bae is back to the norm of surprising his queen with gifts and this time, he decided to distract Zari from any kind of noise, gifting her with a musical instrument to soothe her in such times.

It has been widely reported in the past that Zari is a player, but it was confirmed last evening when the socialite shared a video of herself playing the new instrument on her Instagram page with the captions, “When Bae buys a piano, look at me.”

It seems like King Bae has a sense of class. He did not just go for any kind of piano; he went for a Unique Schimmel Trilogy Piano which costs about $47,680. This translates close to a whooping Shs177m.

King Bae has a habit of gifting Zari each time her ex-husband, Diamond Platnumz speaks about her. Remember the time Diamond went public and accused Zari of cheating on him with two different guys? King Bae responded immediately with a bunch of flowers and a marriage assurance note.

Few weeks later, Tanzanian socialite Mange Kimambi also joined Diamond in trolling Zari claiming that she was sleeping with King Bae in a house that Diamond purchased for his children. After the speculations, King Bae surprised Zari with a brand new house and furnished it with Chandeliers just like a castle! When we talk of levels, Zari is LEVELS.

Recently, Diamond claimed that Zari blocked him on their babies Instagram pages; now King Bae has got her a piano.

Preparing for that girls night out? Here are five things to do to enjoy an epic time

Preparing for that girls night out? Here are five things to do to enjoy an epic time