OPINION: Why Desabre could be justified to resign as Uganda Cranes head coach 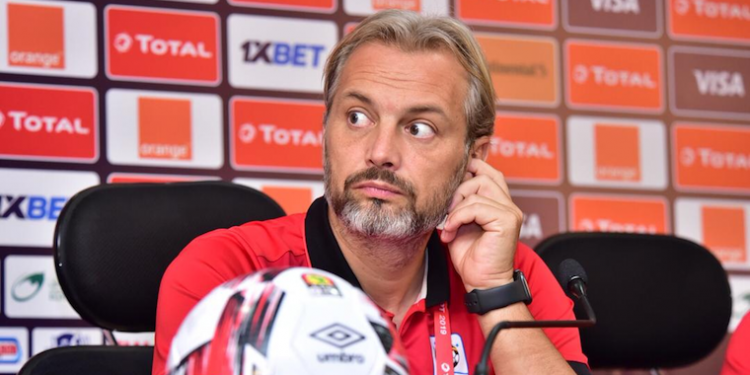 If you are one of those who thought that major tournaments like Africa Cup of Nations (AFCON) are a platform for only players to impress and land on greener pastures, for Uganda Cranes it is slowly proving to be a juicy opportunity for both players and coaches.

During the 2017 AFCON, Milutin Sredojević Micho, the then Head Coach of the Cranes used the podium to attract attention from continental moneybags. After the tournament, Micho held a press conference where he accused FUFA of owing him arrears amounting Shs194 million.

This time around, barely two days after Uganda was eliminated by Senegal in Egypt, FUFA released a statement they had agreed to mutually terminate the contract of Sebastien.

The French tactician had recently started earning the adoration from the Ugandan fans due to his contribution to the qualification and good display at 2019 AFCON.

His departure could be good business for him and not a source despair as many might assume.

Already there are reports that Egyptian giant club, Al Ahly and Pyramids are chasing for his signature. Sources indicate that Desabre who has been earning Shs76 million per month as Cranes coach will be bagging five times more if he signs for any of the Egyptian sides.

The move will be even swifter for Desabre considering that the Egyptian League is more of a home for him since he previously coached Ismaily before joining the Uganda Cranes.

If the move will lead him to more glorious highlights, then who are we to discourage him?

However, the coach cannot run away from the fact that his career will be stained by the move. Desabre joined the Cranes in December 2017 and started off with a very poor run but was always pardoned.

In his era as the Cranes Head Coach, he played 21 games winning only six games, drawing seven and losing eight.

Such stats indicate how Ugandans and FUFA have been patient with him. Considering that both clubs eying him are top contenders in Egypt, Desabre can expect more pressure to deliver. It won’t be business as usual.