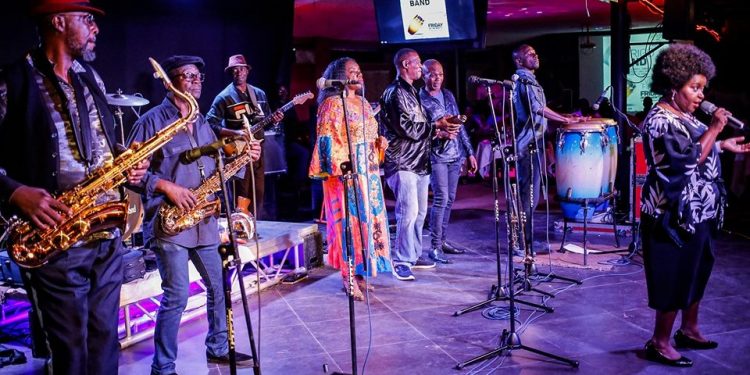 Uganda’s most famous band, Afrigo is set to perform at the Singleton Golf Challenge finals this Saturday July 13, at the Entebbe club.

The band that has been in the business for over 4 decades with over 200 songs under their belt will be the headline act at the plush dinner to commemorate the end of the third season of the series opening a new era of match play champions.

The challenge is a golf tournament that was first inaugurated back in 2017 to encourage golfers around Kampala to play at courses out of the city and at the Entebbe Golf course in particular.

Sponsored by Singleton, the challenge is played on a match play four ball better ball format with more than 200 golfers taking part each season. The winning pair from every month advances to the next stage until the challenge finale.

The tournament that had female championships in its second season will be having an all male finale on Saturday with the catch being an all expense paid trip to the OMEGA Dubai Desert Classic.

Eyewitness speaks out on how Hickory Bar owner, Aine Mugisha was shot dead at Quality Supermarket in Naalya

Eyewitness speaks out on how Hickory Bar owner, Aine Mugisha was shot dead at Quality Supermarket in Naalya